There is something to be said about fizzy wines – the way they seem to appeal to a clear majority, the way they don’t have any fixed time of day to be had, and the way they leave you in the mornings, with lasting memories and the most short-lived of hangovers (if at all). 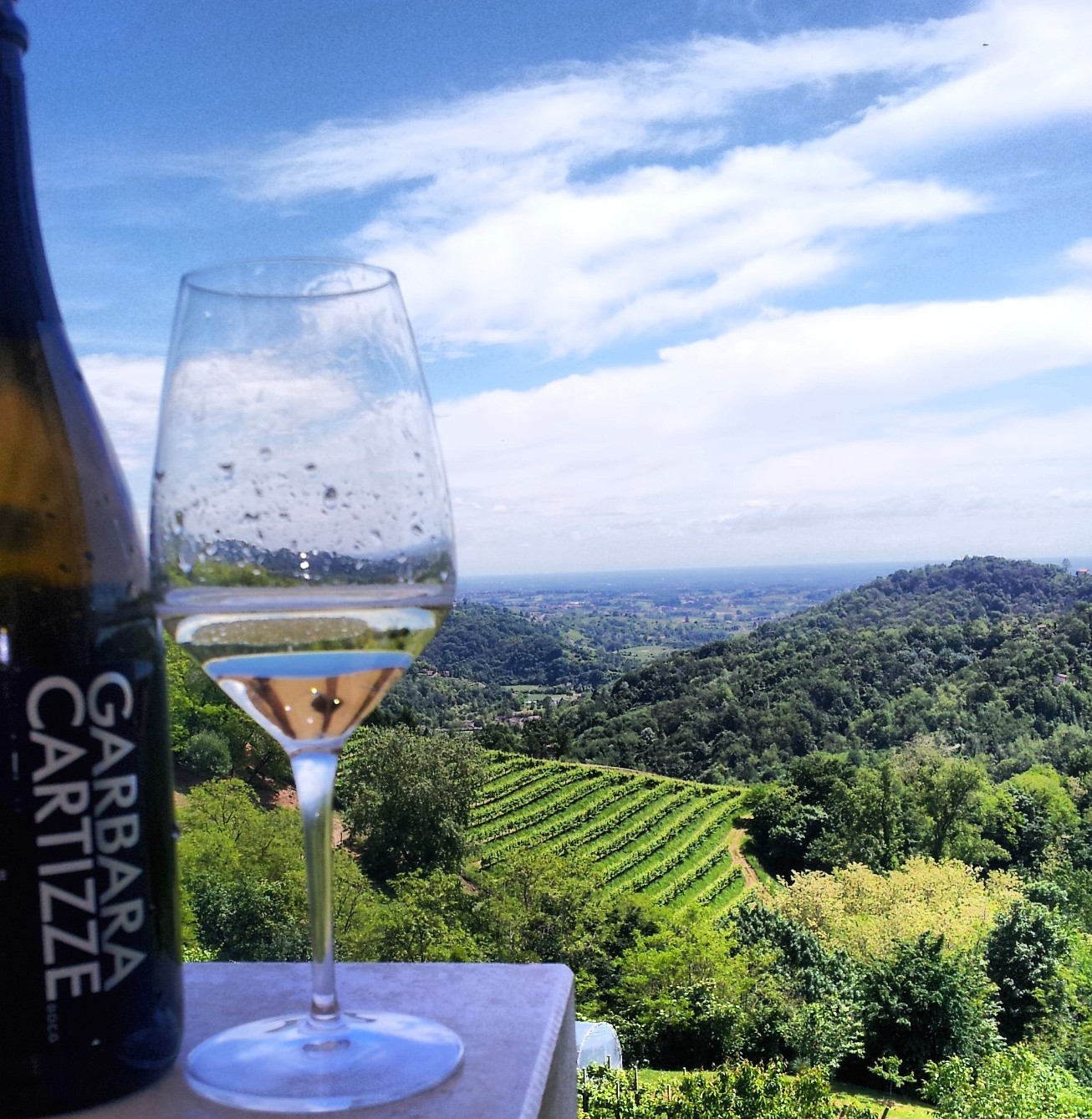 I’ve always known Prosecco as that ubiquitous Italian sparkling wine with the floral notes and the prickly mouthfeel; that fresh spritzy summer coupe. And that was all. But my recent and maiden trip to ‘Vino in Villa’ in the Prosecco region in Veneto changed my view of this sparkling wine as just an easy-to-drink quaffer. I came away rather impressed by what I saw and learnt.

Here are some things I think are essential to the understanding of Prosecco wines.

Prosecco is produced exclusively in north east Italy in the region of Conegliano Valdobbiadene (try saying that really fast 3 times – I dare you!). In 2009 the appellation was awarded DOCG status (controlled and guaranteed origin denomination). The DOCG zone is in the province of Treviso, stretching over the hills between the small towns of Conegliano and Valdobbiadene, 50 kilometers from Venice. Prosecco Superiore, the highest quality of the wine, has been made on these hills since 1876. 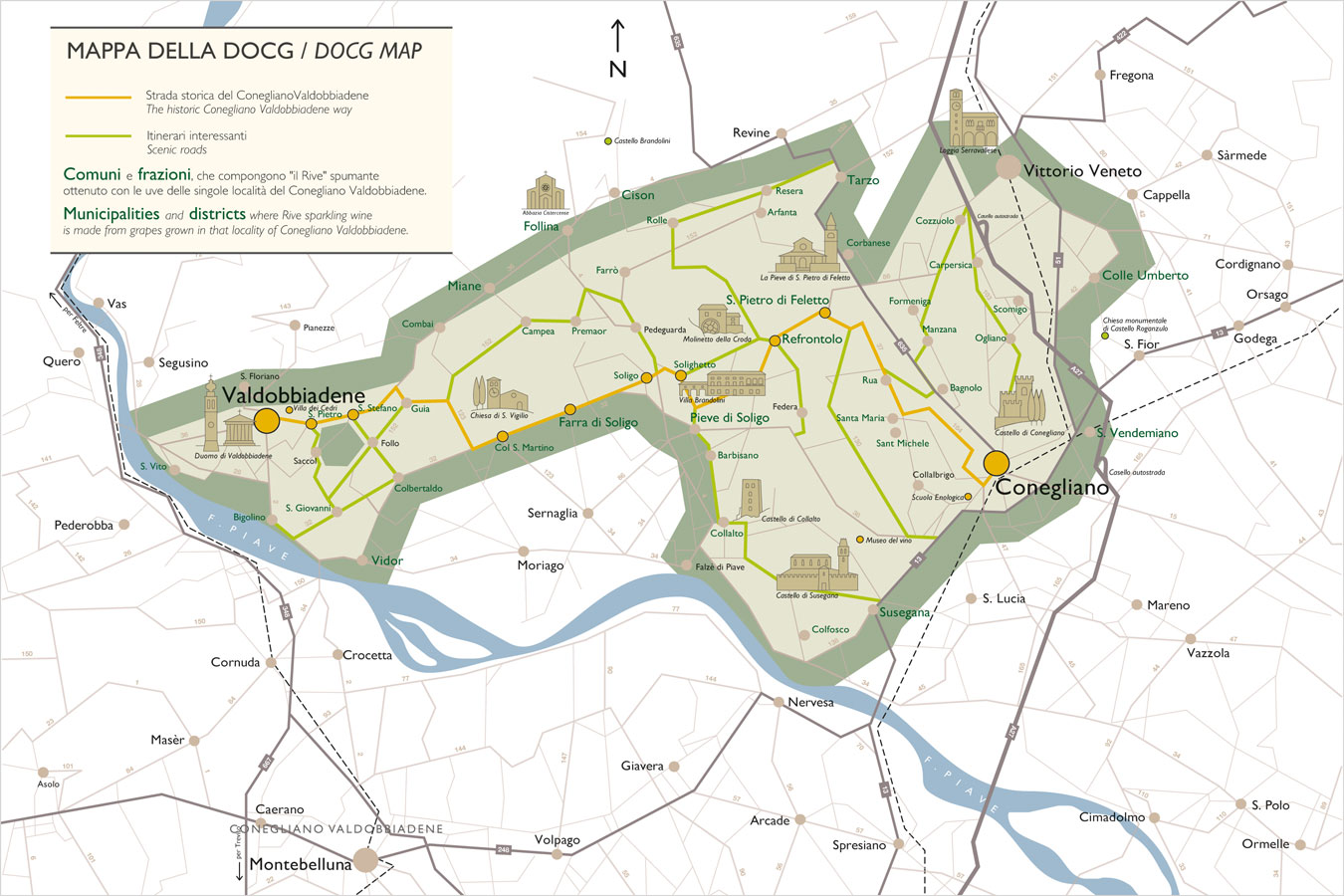 Glera is the most important grape in the making of Prosecco. For a wine to be labeled ‘Prosecco Superiore’ it is essential that it uses a minimum 85 per cent of Glera grapes. The other 15 per cent can be made up of the Verdiso, Bianchetta, Perera and Glera Lunga grapes (varieties that have grown on the hills of Conegliano Valdobbiadene for centuries), or Pinot Noir and Chardonnay.

Prosecco is made in the Charmat method. It involves two stages – Base and sparkling winemaking. A simplified version –

Step 1 : after the initial pressing of the grapes the clear juice (must) is transferred to a tank for fermentation. At the end of 15-20 days the base wine is obtained.

Step 2: Here begins the sparkling winemaking process. This takes place in special tanks called autoclaves which are large, sealed pressure tanks. The base wine is transferred to the autoclaves along with the necessary levels of sugar and yeast. The addition of yeast causes the ‘second fermentation’, where the yeasts convert the sugar to carbon-dioxide, which forms silky bubbles. The use of the autoclaves preserves the aromas of the wine and thus create the fruity, floral style. The whole process takes between 30-40 days, after which it can be bottled. The winemaker then decides whether to send it to the market or leave it to rest for a while.

The usual indications of Dry and Brut change considerably when referring to Prosecco. For an uninformed consumer, they find these terms misleading when they taste the wine. The traditional version of Prosecco is the Extra Dry with residual sugar levels between 12 and 17 grams/litre. By many international standards this would fit into the ‘Off-Dry’ category. Just when you thought wine couldn’t get more confusing!

The Dry Prosecco wines have levels that can range from 17 g/l all the way to 32 g/l. In the Brut, which is the most modern version, the residual sugar varies between 0 and 12 g/l. For obvious reasons the Brut is internationally the most popular style of Prosecco.

Perhaps because Champagne is the best known sparkling wine in the world, comparisons are often drawn between Prosecco and Champagne. Apart from the fact that these wines are made in entirely different methods, it has to be understood that the purpose of each is different as well. The winemaker’s attempt while making Prosecco is to keep it refreshing, fruity and floral. There is no effort made to create those bready, autolysis-notes of Champagne. Thus a comparison between the two on the basis of taste will always be deeply flawed.

A new introduction to the specifications of Prosecco is the Rive (pronounced: ree-vey). It is a wine produced from the grapes of a single municipality or commune. In the local dialect the term ‘Rive’ translates to ‘vineyards on steep slopes’. Although, if you’ve walked up and down a few of these, your calves would’ve probably guessed that.

There are 43 Rive in the area of Conegliano Valdobbiadene. One of the requirements of a Rive Prosecco Superiore is that the picking of the grapes must be carried out by hand. Although still a slightly puzzling distinction, the closest similarity would perhaps be to the international ‘single vineyard’ concept where the wines coming from each area are an expression of the specific terroir and microclimate. 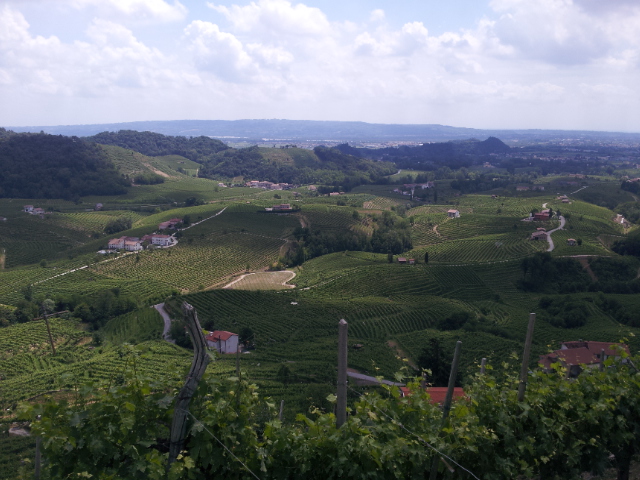 View from the top of Cartizze

Cartizze (pronunciation: car-teet-zey) represents the area where the highest quality DOCG wines are produced. A ‘grand cru’ of sorts, just 107 hectares of vineyards (of a total 5,000 in the DOCG) are in Cartizze, in the municipality of Valdobbiadene. The Cartizze area comprises some of the steepest hills in the region. The wines from here are typically greater in intensity as well as complexity of flavour and aroma which is what earns Cartizze its distinction. Most producers produce Cartizze in the Dry style, but a few also make Brut versions.

Prosecco is not a wine meant to be stored. It is best enjoyed in the year following the vintage (mentioned on the bottle) while it is still fresh, showing all its lush fruity and floral notes. The best temperature at which to drink it is between 6 to 8 degrees centigrade and in tulip shaped glasses instead of the more common flutes. 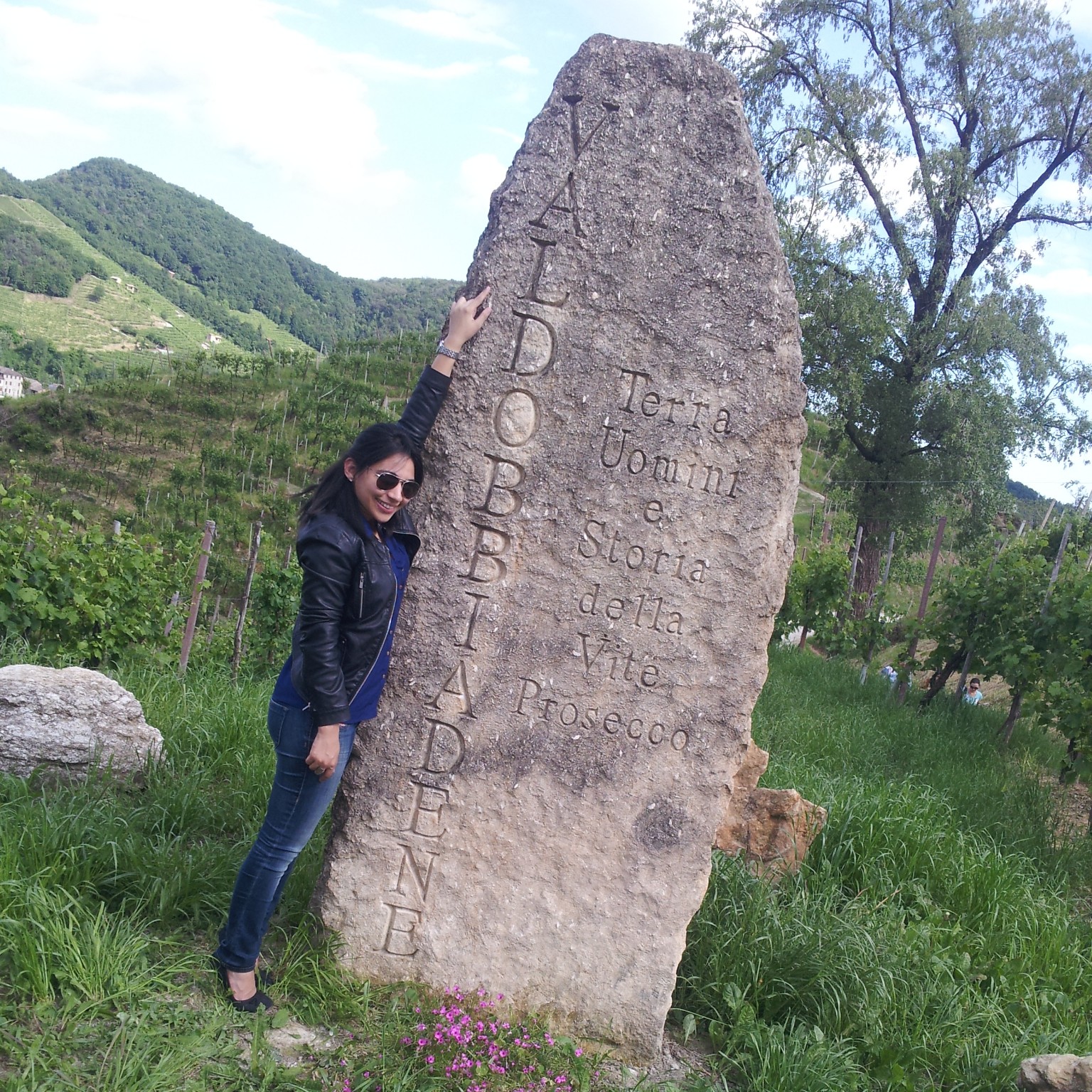