Yesterday (24th July) was National Tequila Day (in the US). And since we don’t have too many of these in India, we usually  adopt a few. Anyway, I always seem to miss this one. But why lament today, what you can fix tonight? On the occasion, I thought I’d share part of the Bluffer’s Guide to Tequila which I wrote for GQ India a while ago. Enjoy! 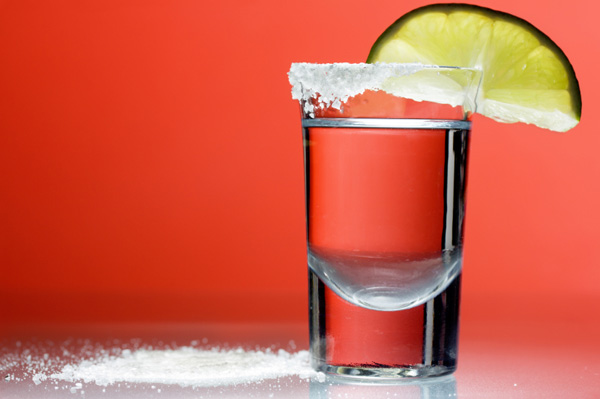 Unless you spent your university years being a stick-in-the-mud, the word ‘tequila’ probably brings back scattered memories of debaucherous nights or evokes an involuntary stomach lurch. The mere suggestion of a tequila shot might send a shiver down your spine, but lime and salt knock-backs aside, tequila has a lot to offer. Here’s a bluffer’s guide to get you started on what you should know about the spirit:

A word to the wise: no matter how much tequila you’ve had, unless you’re Mexican, there’s no excuse for calling everyone ‘mi hombre’.

Tequila or Mezcal
The clear white liquor is made from a plant called agave. The juice is extracted from the heart of the plant and distilled twice before it is ready to be consumed. The interesting thing though is that most of what is considered tequila might not be the real deal. In all likelihood it is mezcal.

So what’s the difference?
Tequila and Mezcal are both made from the juice of the agave plant. There are over 200 varieties of agave, but tequila can only be produced from one – the Blue Agave Tequilana Weber. The plant takes between 5-10 years to be ready for harvest and the heart or ‘piña’ is the only part used in production.

To be branded ‘tequila’, the spirit must be produced in specific areas of a few designated Mexican states. (For information’s sake that’s Jalisco, Gunajuato, Nayarit, Tamalipas and Michocan. Good luck remembering that!). The distilled agave liquor made in other parts of Mexico is Mezcal. So all tequila is mezcal, but not all mezcal is tequila. Getit?

The whole worm-in-a-tequila-bottle thing is no ancient tradition. In fact only mezcal is bottled with a worm. Sometime around 1950 a mezcal producer used it as a marketing gimmick and the ‘gringos’ lapped it up. The ‘tequila worm’ is actually a butterfly larva with a penchant for the agave plant. Sometimes a few of them would get roasted with the piña, the Mexicans said ‘Protein is good’, mezcal con gustano (with worm) became a rite of passage into adulthood, and one nifty sales man laughed all the way to the bank.

Tequila types
Four categories of tequila you should know about:

Beware the morning after:
We can write endlessly about how tequila should be sipped, but let’s face it, some nights just deserve a tequila shot. So for the ‘shooters’, my sympathies, and some tips to make it better:

1. If you’re doing it at all, do it right. The correct order for the classic tequila shot is salt, tequila and then lime. Lick, Sip, Suck.
2. The 100 percent agave tequila are the smoothest and ‘least hangover inducing’, if there is such a thing. If you’re going for shots, stay away from the blends.
3. To avoid hugging your toilet at the end of a party night, space your shots and down a glass of water between every two shots.
4. ‘One tequila, two tequila, three tequila, floor’ – sound familiar? There’s a reason George Carlin’s quote has become an anthem. No matter how great the quality of the tequila, too many shots in a night will have you hating the world and everything in it the next morning.

For classic tequila cocktails or to know which are the best tequila brands available in India, read the full story on GQ India here.