The One with the Grass

I find myself strangely fascinated by spirits that have objects floating in them – the tequila worm, snake wine or even the more staid gold flecked liqueurs. Regardless of whether they add flavour or are dropped in just for the spectacle of it, they usually have a very interesting story behind them.

A few days ago we hosted in our home Weronica and Marco, two Couchsurfers from Italy. Weronika, who is originally from Poland brought us  a quart of a Polish Vodka called Żubrówka (pronounced zuˈbrufka).  Distilled from rye, the 40% ABV vodka has a single blade of grass floating in the clear spirit which gives it its alternate name – Bison Grass Vodka.

Bison Grass or Buffalo Grass, is the herb which gives Żubrówka its herb flavour and grows in North America and some parts of Europe. A favourite of the European bison, the name Żubrówka comes from żubr, the Polish word for bison. 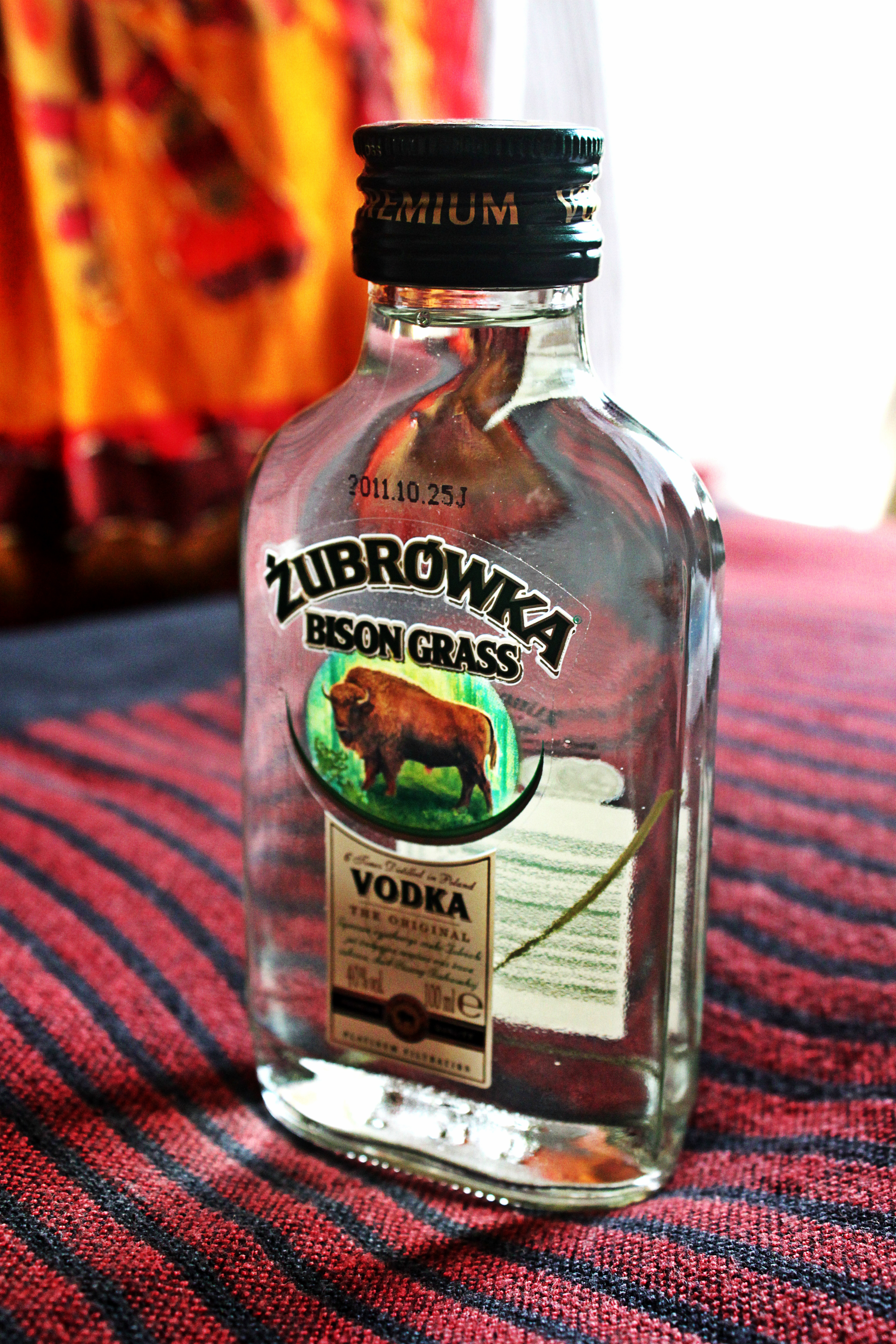 For all those who are victims of involuntary stomach churns at a single whiff of vodka (a remembrance of horrid teenage nights), Żubrówka will be a welcome change. The strongest notes on the nose are of coconut and a distinctive herb-like sweetness which comes from the bison grass, often called sweet grass. The first sip is heady and has a long lasting finish. Weronica mentioned that they drink the vodka with chilled apple juice, which tastes like apple pie. It is also poured over vanilla ice cream, which I imagine would be delicious.

Until recently this vodka was banned by the US FDA due to a potentially toxic chemical called coumarin that is present in bison grass.  According to an article on Wall Street Journal online, “Coumarin can act as a blood thinner and may be mildly toxic to the liver and kidneys. It is used in rat poison. But it also occurs naturally in foods including strawberries and cherries.” So for years scientists have struggled to concoct a coumarin-free Żubrówka without compromising on taste. Finally they found a workable blend and since 2011 Remy Cointreau along with a US based alcohol producer CEDC has made Bison Grass Vodka available under the name Żu. 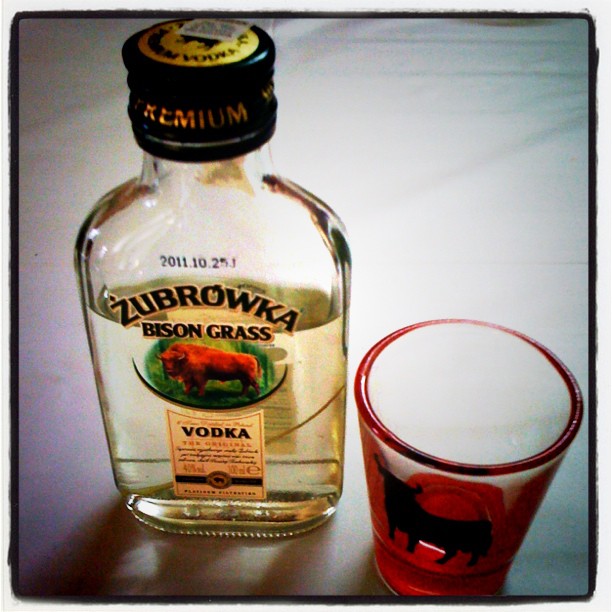