Wrapping up the Mumbai Beer Festivities

My beerfest schedule for the 14-16 October weekend was packed.

I’m glad I left the Int. Beer Festival for Sunday, because it made for a nice end to the beer-packed weekend. 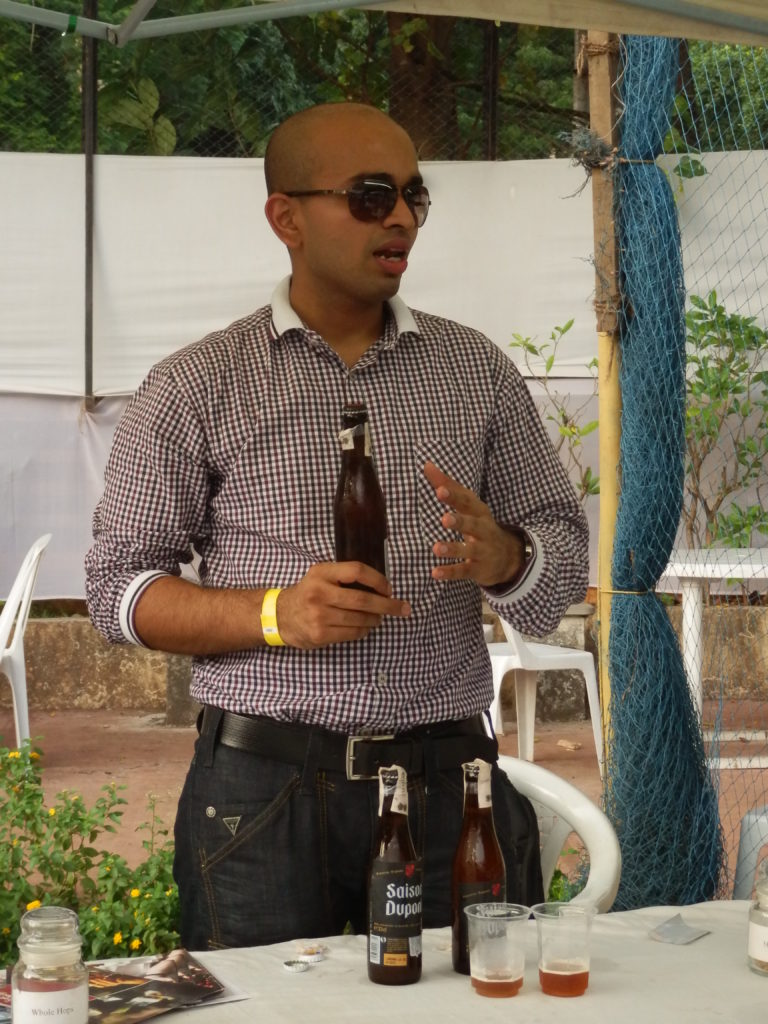 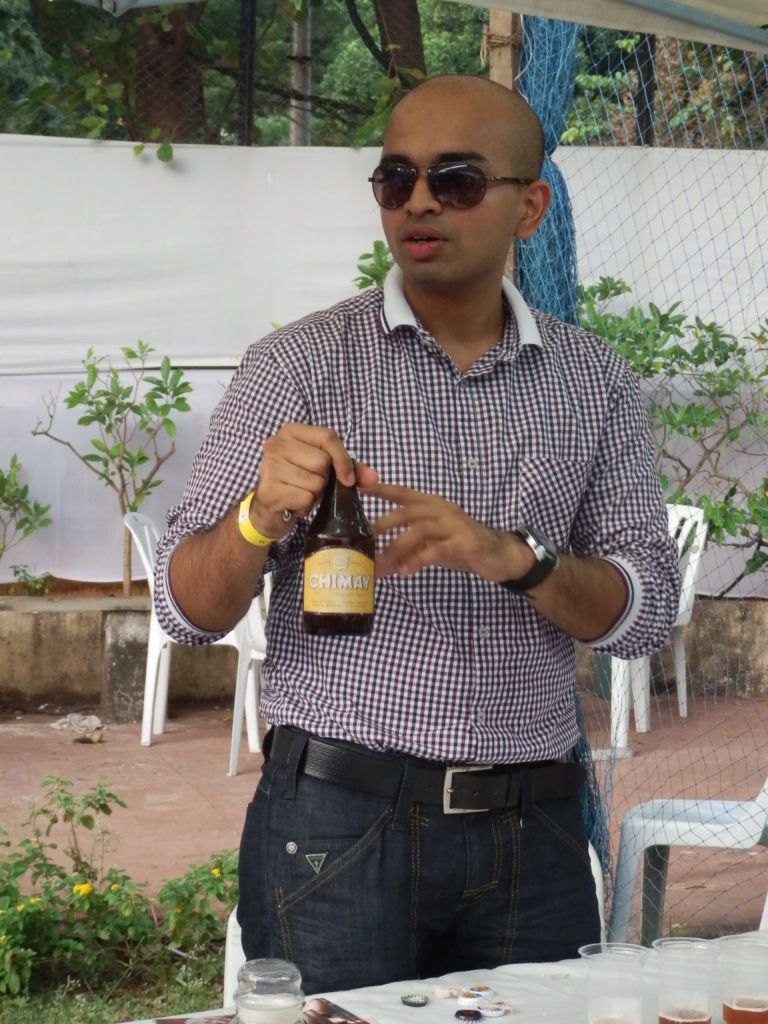 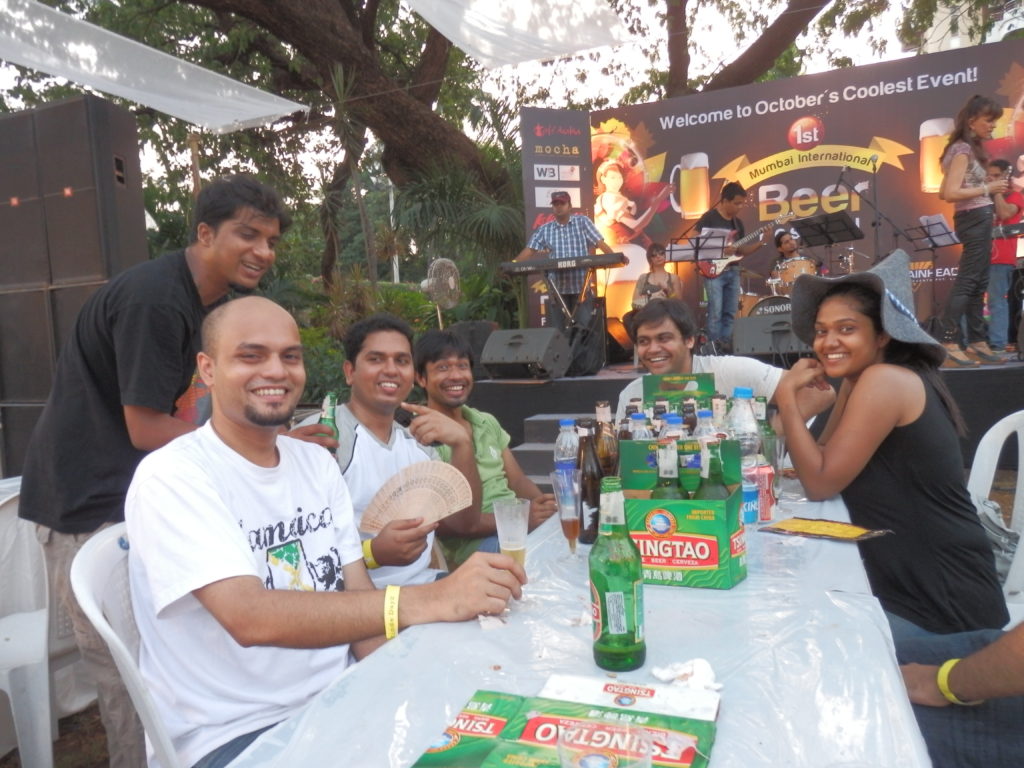 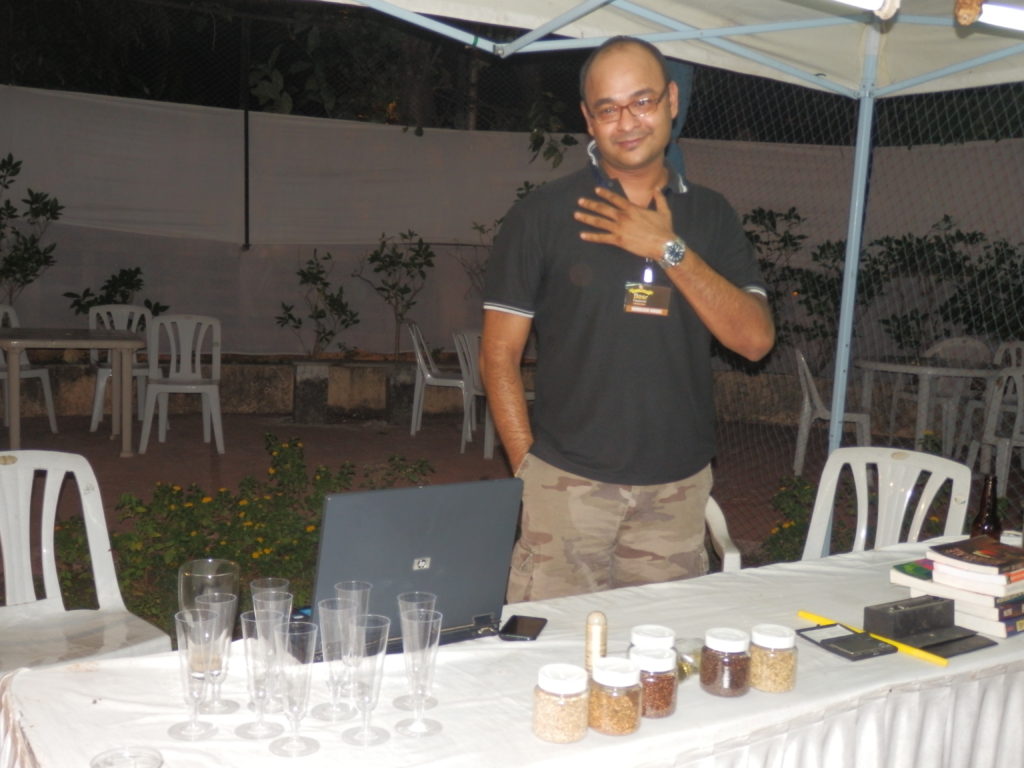 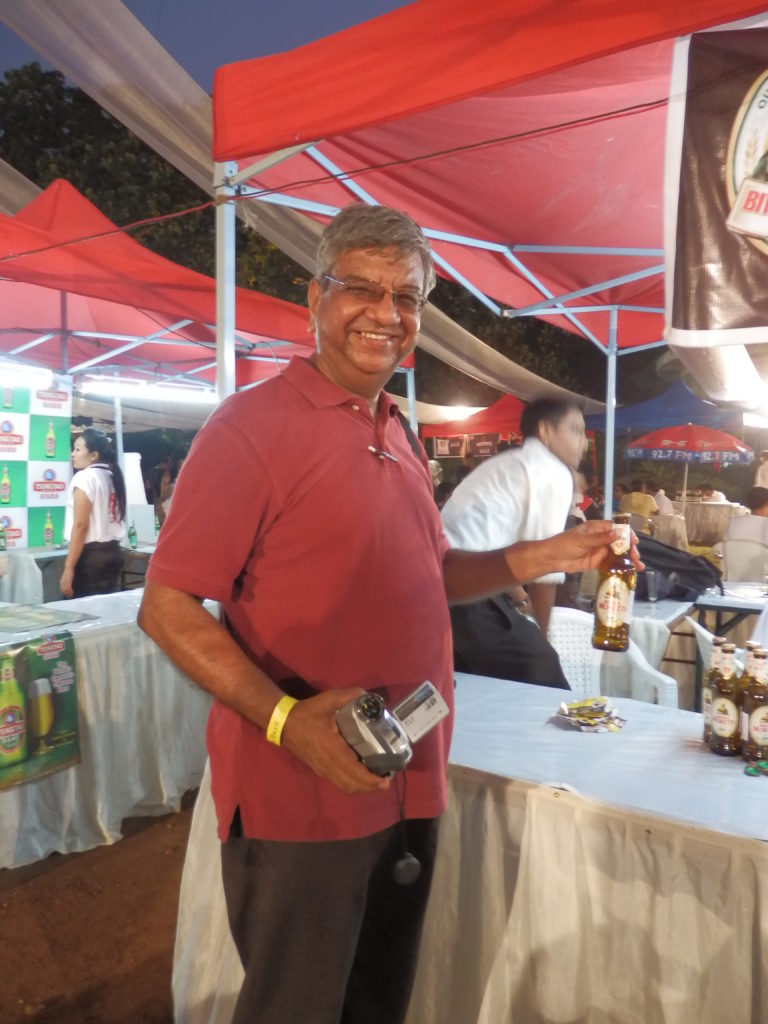 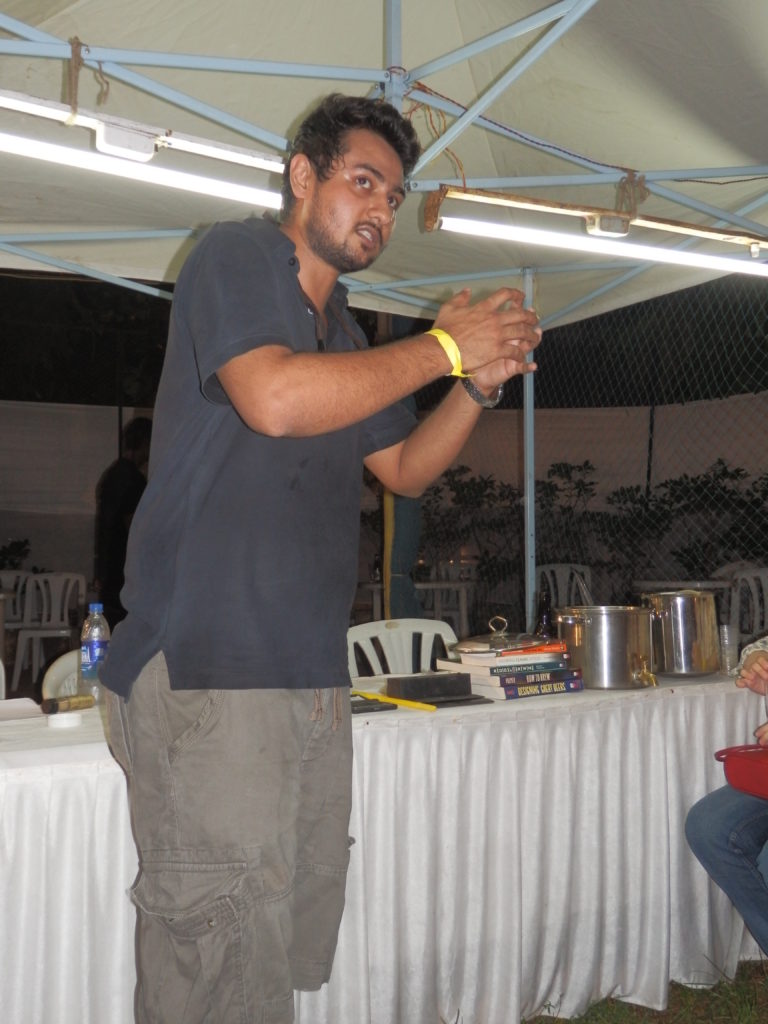 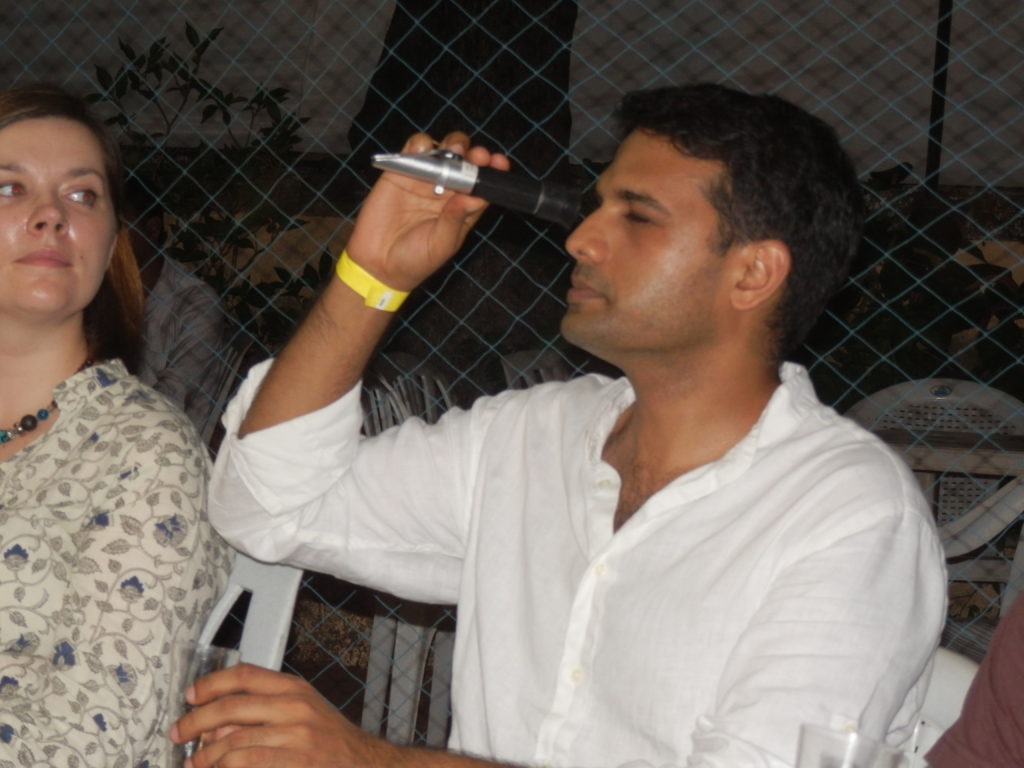 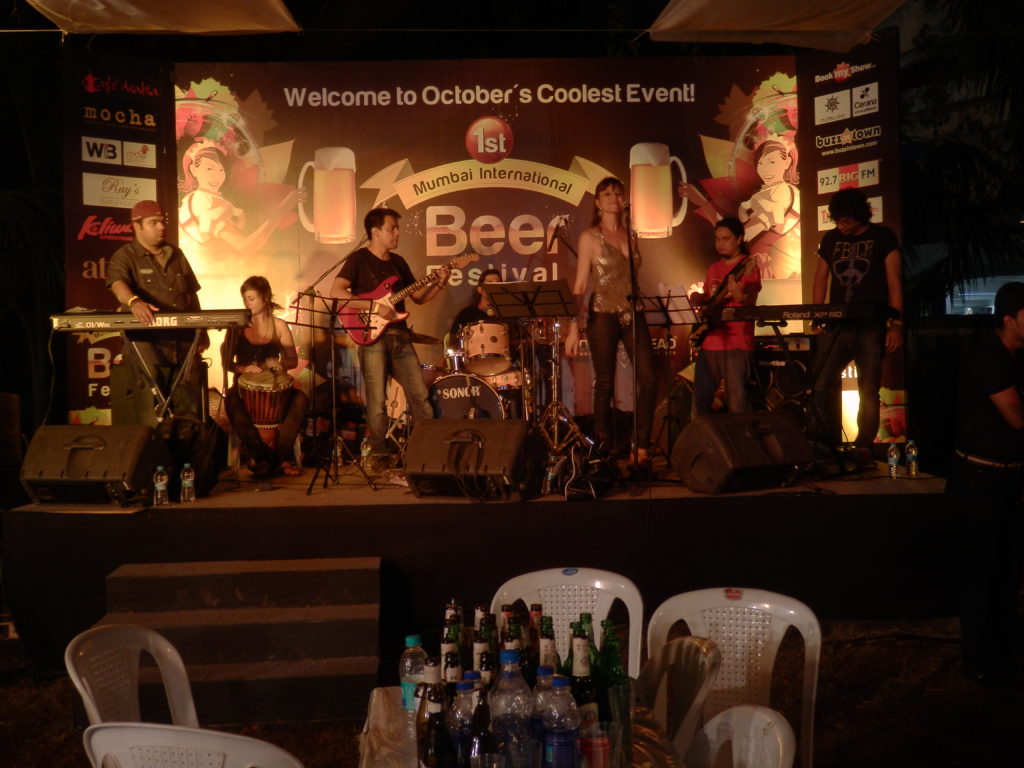 The Gateway Brewing Co. introduced beer enthusiasts to home brewing and everything that it entails. Navin Mittal and Rahul Mehra made it look so simple and budgeted the initial investment to about Rs. 15,000.  Not so much when you consider the benefits – great tasting, self-made craft brews whenever you want them and in the long run (as The Gateway Brewing Co. says) ‘Save money! Show off!! Get Women!!!’ Navin shared the PDF here. Home Brewing Made Easy Check it out. It’s quite an education. I’m going to try and witness the whole process the next time Navin is brewing a batch, so hopefully that’ll be another post. You can follow Navin on twitter at @indianbeergeek  and Rahul at @brew

Ajit Balgi who conducted the Tulleho Beer Gurukul took the bunch through the history, making and tasting notes of the Trappist beer Chimay, Saison Dupont (Belgium), Schneider Weisse (Germany) and Brooklyn Lager (USA). I can’t speak for everyone, but when I know the stories behind a bottle of beer or a glass of wine, it almost instantly tastes that much better.

After a hectic previous day at the Doolally Oktoberfest, the lazy, relaxing, Sunday-brunch feel of the 1st Int. Mumbai Beer Festival was a welcome.  It is a good concept but with a few tweaks here and there it could be a much better event. Hopefully by next year we’ll see a revision in excise duties on alcohol and then importing international beers will be a lot more affordable as well (the beer prices were close to retail prices).

Would I go for another edition? Definitely.

Will you? Leave me a comment about what you thought about the event and which beer you liked best. 🙂