With everyone still basking in the glory of India’s first successful F1 Grand Prix, Kingfisher’s making sure that we don’t forget too easily.

Kingfisher Premium has launched the Sahara Force India commemorative Kingfisher 500ml beer cans. Available in both mild and strong categories, it is apparently stocked at  premium pubs/lounges and at  prominent retail outlets across key cities but I haven’t been able to get my hands on it in Mumbai yet. 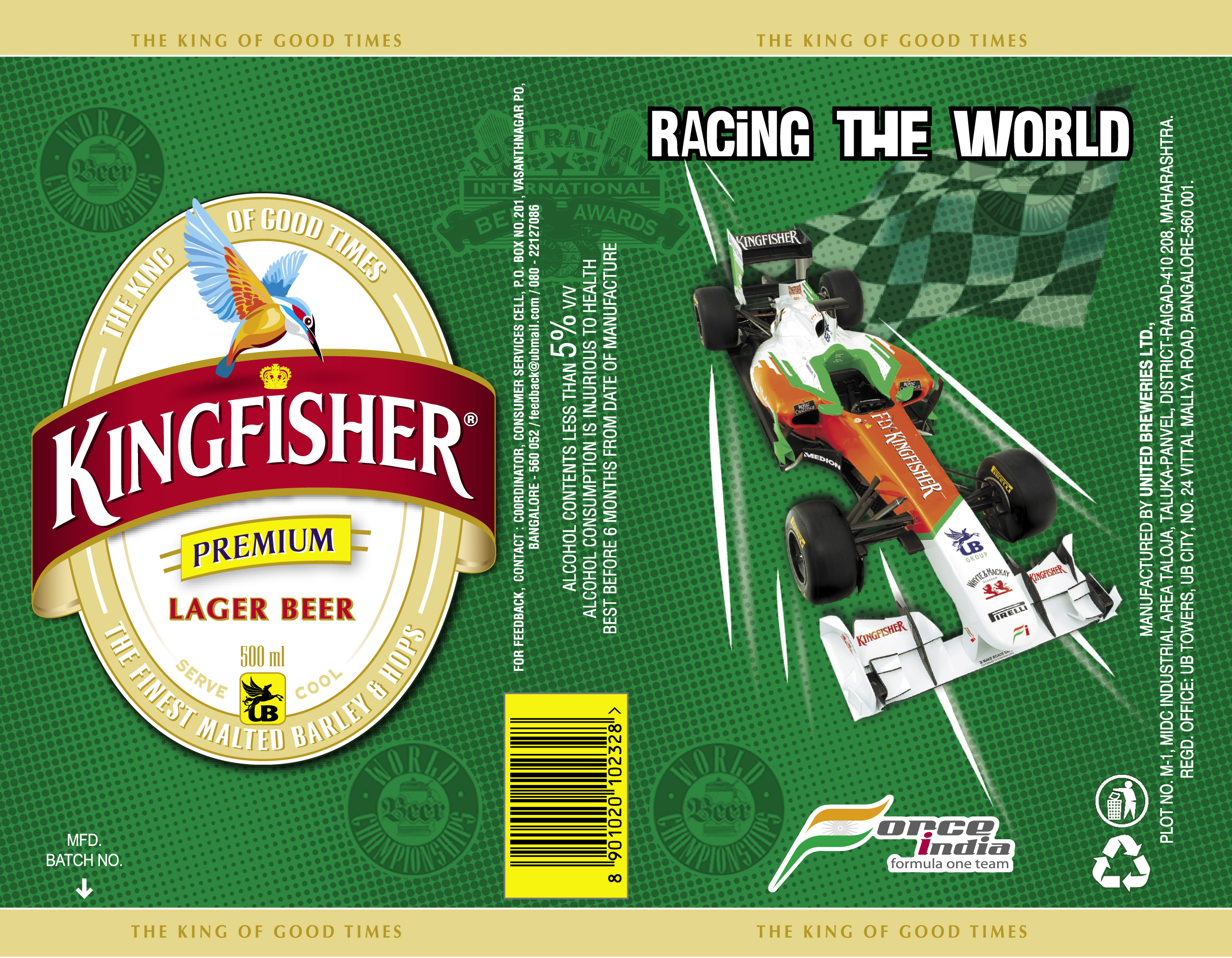 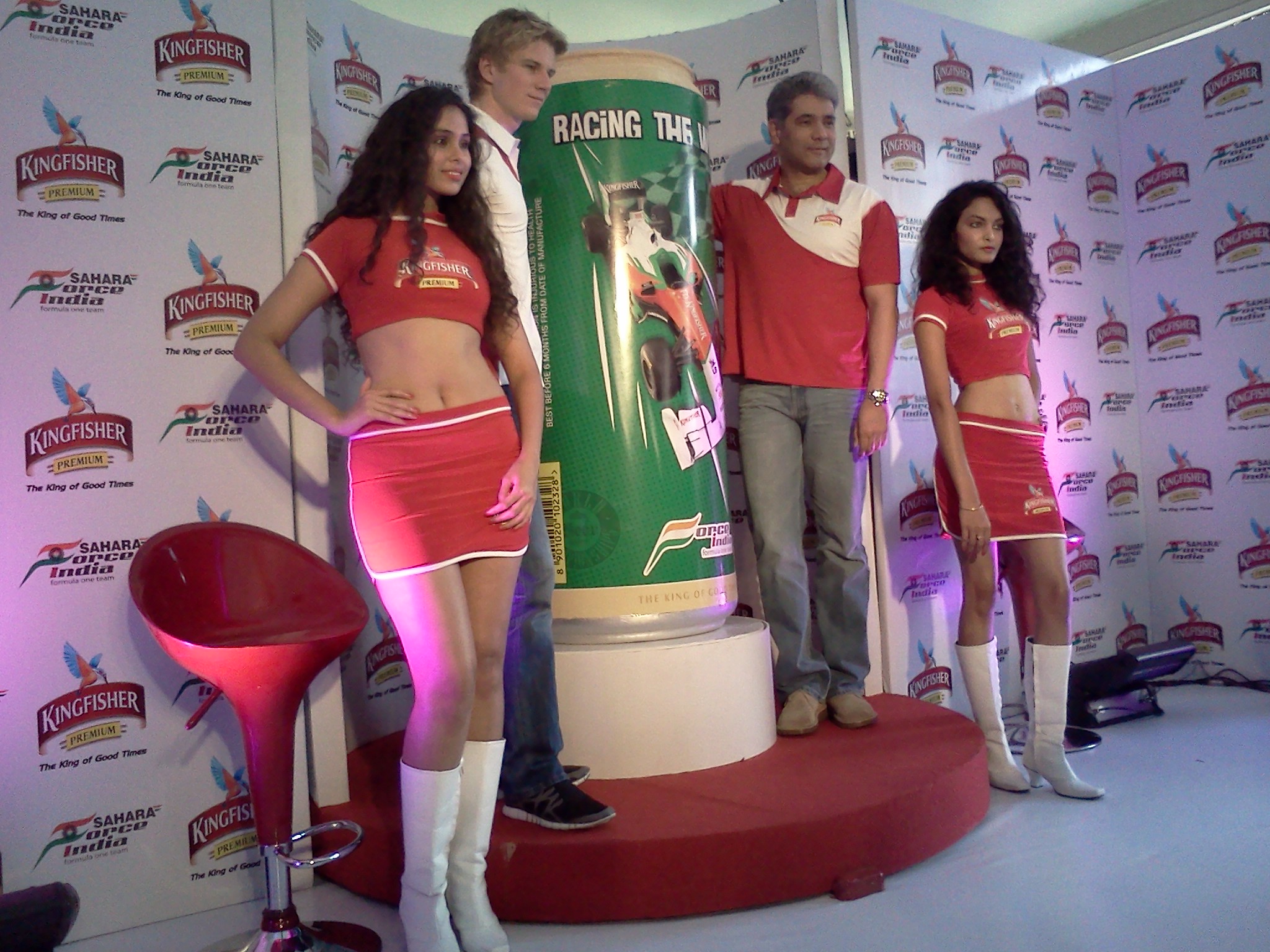 The KF Premium F1 can was launched by German racer Nico Hülkenberg and thanks to the Kingfisher Good Times in the Fast Lane contest my friend Ajay Singh won a chance to meet the 24-year-old F1 driver in Bangalore.

The three best submissions in each category (Official Blogger, Photographer and Videographer) won an all expense paid trip to the Indian GP in New Delhi. And the runners-up won the chance to meet the Sahara Force India drivers. 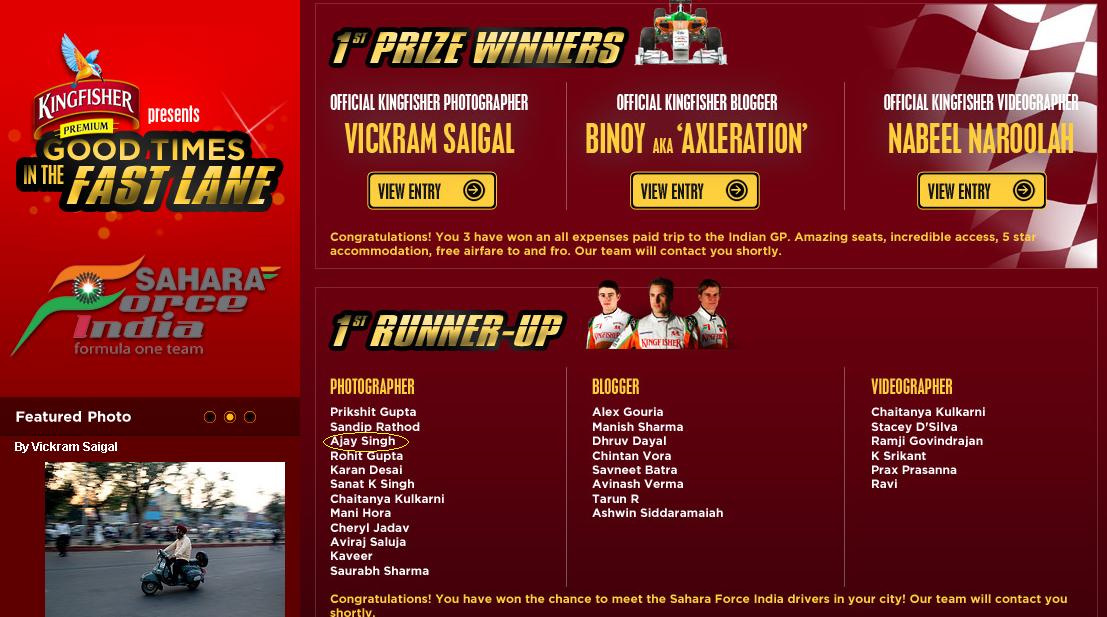 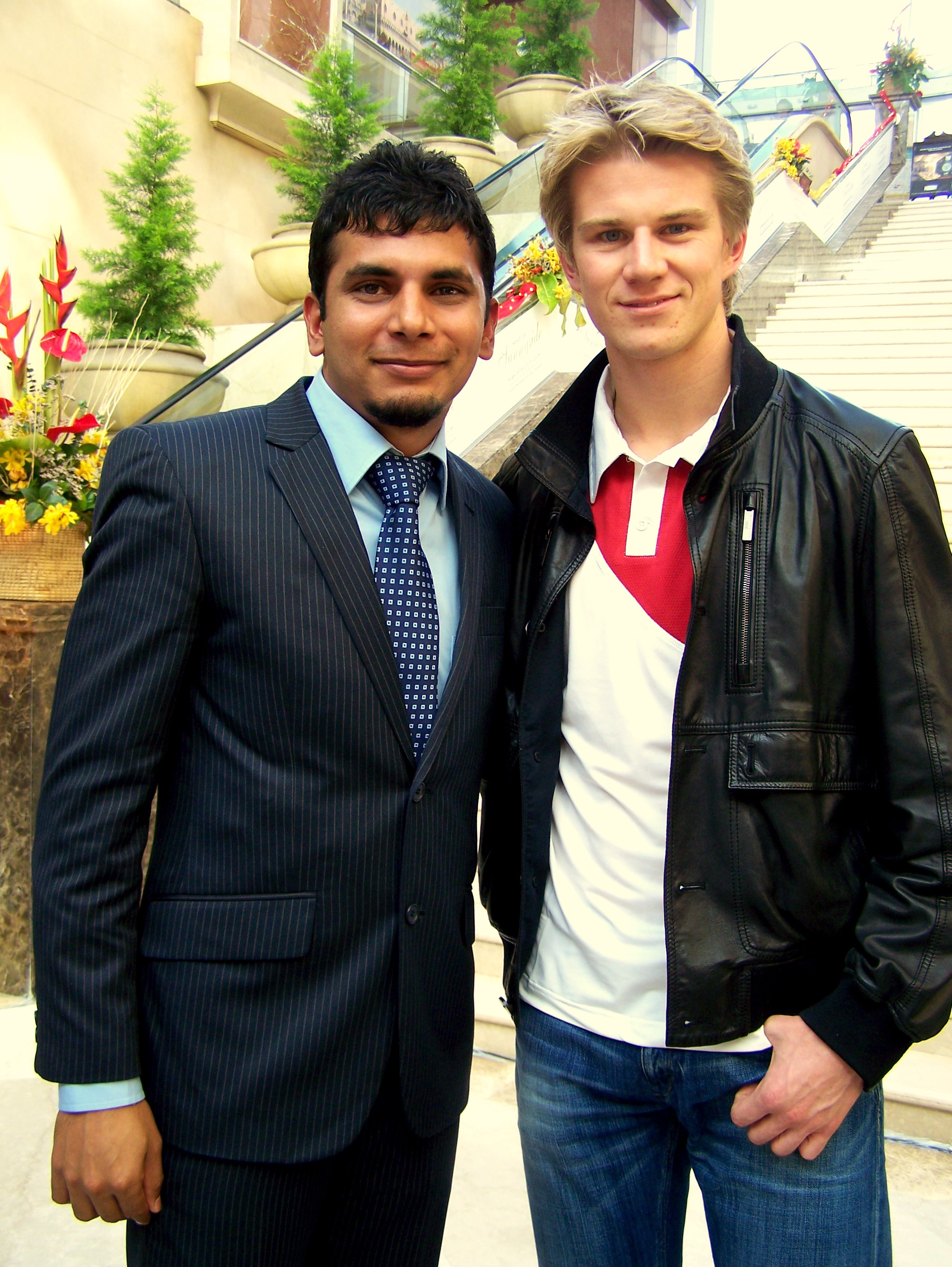 ← Wrapping up the Mumbai Beer Festivities
Which STOUT will you drink? →