If you liked my last post about The Metro Wine Map of France, you’ll enjoy mulling over these ones too. These maps were made by a celebrated French artist, printmaker, illustrator and designer called Remy Hétreau. Drawn up sometime in the 1950’s all three are in the Art Deco Style and depict the vineyards of Alsace, Loire Valley and Provence.

I love how the vineyards are depicted with a cluster of grapes – red for red wines and yellow for white wines. Each map is packed with clever motifs characteristic of the region. The storks on the map of Alsace are allusions to its popularity as the land of stork nests. The storks, usually perched on roof tops, were a prominent subject in legends narrated to children. Hétreau even works in signature emblems and the traditional provincial clothing of the regions. 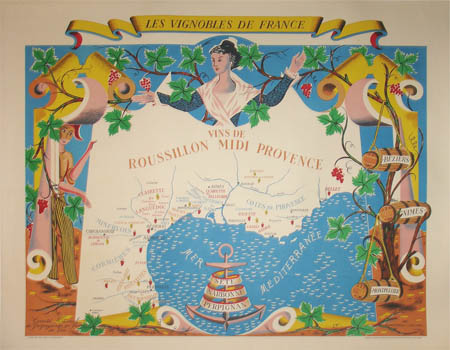 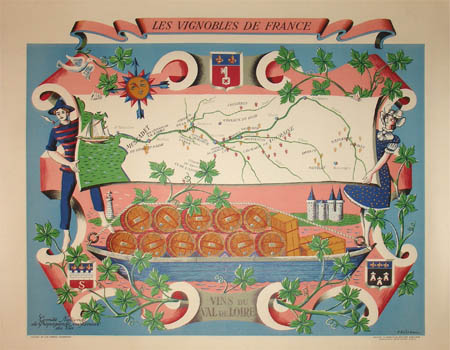 Map of the Loire Valley