The Chronicles of Chianti

History has the exceptional ability to tell many a fascinating tale by effortlessly transcending the barriers of time and nowhere is this more evident than in the idyllic region of Chianti. 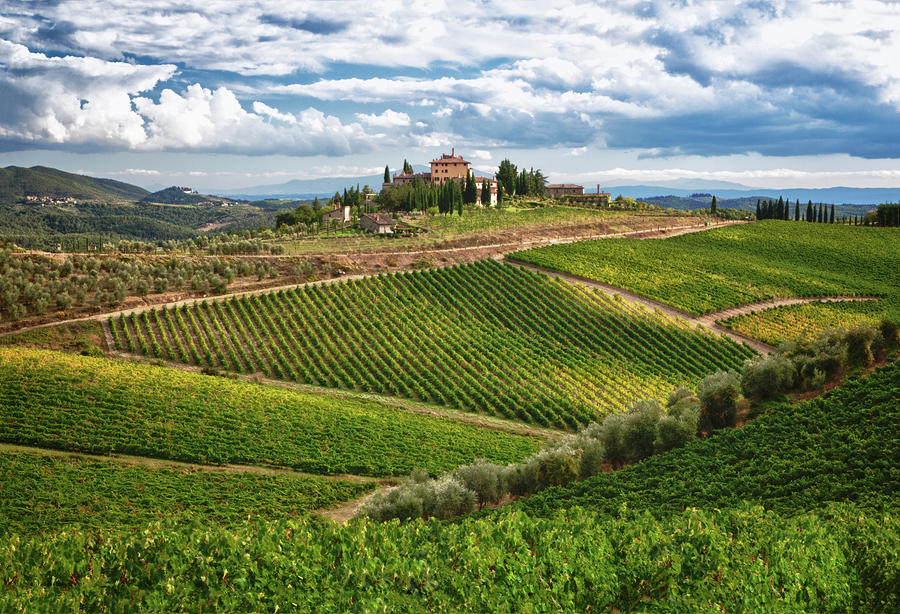 A good wine is a lot about the story. If we look back into history we will often find that important wines rose to fame on the shoulders of a healthy anecdote. Folklore, ancient or urban legends, whatever their nature, stories definitely make a wine more memorable. From Champagne to Port, California to Australia, no matter how young or old the industry, or how boutique or commercial in scale, there is always a good story lurking somewhere that needs digging up and sharing to make a seemingly simple wine all of a sudden grippingly exciting.

Take the region of Tuscany in Italy for example, home to the famous wines of Chianti and Brunello, among others. Chianti too has many a tale buried in its rich past. For e.g. in the beginning, before there were the wine laws of today, almost any red wine made in the region could use the name of Chianti. Gradually this area was demarcated, the wine style was defined, and the ageing requirements put in place. But all this didn’t happen overnight. There were wars and disputes, trickery and deception, method and chaos, and more… little bits of history I was made privy to on my recent trip there. An experience that was a step in understanding just how history influences everything and what we see, smell and sip today is nothing more than a taste of the glorious past.

The Story of the Black Rooster 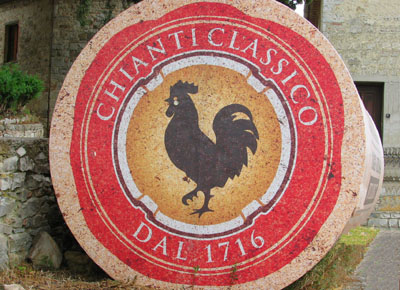 Of the many appellations (regional demarcation) within Chianti, the most famous is that of Chianti Classico. It is easy to tell a Classico bottle apart, just look for the black rooster on the bottle neck. The legend of the rooster dates back to the 1200s – a time when Florence and Siena spent most of their resources fighting each other. One of the biggest grounds for dispute was the annexation of the wine-rich region of Chianti. To have one less reason to wage war, it was decided that the division of Chianti would be settled by a race between two knights – one Florentine, the other Sienese. On the day of the race, at the rooster’s first crow, each knight would set out from their regions and ride as far and fast as they could, until they met. The point at which they met would be the boundary between the two cities. In the days before the race, the Sienese chose a beautiful white rooster which they fed and pampered. The black rooster (gallo nero) of the Florentines was kept hungry and starving. On that fateful morning, while the content white rooster slept soundly, the ravenous black one crowed even before the sun had risen, allowing the knight from Florence to ride further and claim more ground. Most of what is now Chianti Classico belongs to Florence and the symbol of the black cock is an ode to what was a deal well-struck, even if it wasn’t entirely by the book. 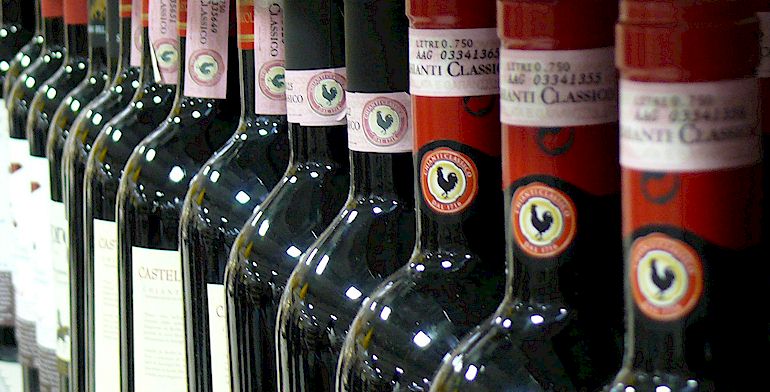 The Legacy of Barone Ricasoli

Bennito Ricasoli wore many hats – an Italian statesmen, researcher, scientist, viticulturalist, the second Prime Minister of unified Italy, ‘Iron Baron’, and, the author of the famed Chianti recipe. At the age of 20, he began studying the land and vines around his family estate of Brolio, which today lies in the heart of Chianti. His search for the perfect wine led to three decades of study, after which he wrote down the formula in 1872 which read: “… I verified the results of the early experiments, that is, that the wine receives most of its aroma from the Sangioveto (which is my particular aim) as well as a certain vigour in taste; the Canajuolo gives it a sweetness which tempers the harshness of the former without taking away any of its aroma, though it has an aroma all of its own; the Malvagia, which could probably be omitted for wines for laying down, tends to dilute the wine made from the first two grapes, but increases the taste and makes the wine lighter and more readily suitable for daily consumption …” 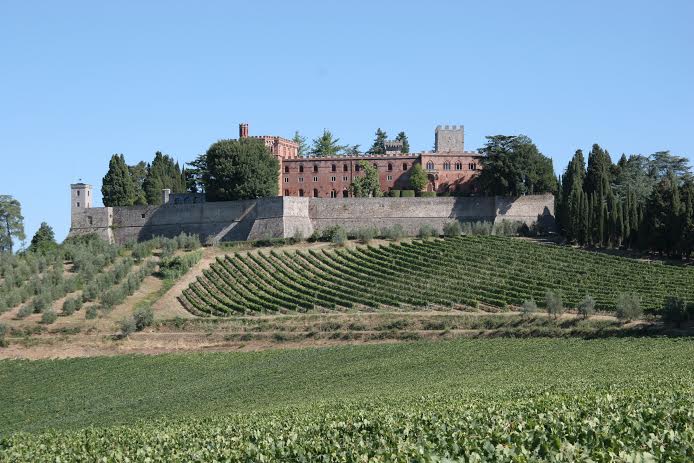 And so the modern-day Chianti recipe was born. The blend had largely stayed the same, until the recently modified production rules abandoned the use of Malvasia (as Bennito Ricasoli predicted) and enforced a minimum of 80 percent Sangiovese and 20 percent of other locally grown red varieties. The Castle now owned by the current Baron – Francesco Ricasoli, houses the Museum of the Ricasoli Collection which exhibits the Iron Baron’s well-preserved notes, sketches and land samples showing him to be a man way ahead of his time. {It was incredible to taken through a special tour of the former Ricasoli residence and hear stories from Francesco himself of his secret hiding places around the castle as a little boy.}

The Brolio Estate remains part of the Ricasoli family even today. With a history that dates back to 1141, it is the oldest winery in Italy and quite likely the second oldest in the world. Although the Castello di Brolio winery changed hands for a brief period in mid-1900s, Francesco Ricasoli bought it back in 1993 with a purpose to restore the winery to its former glory. The 32ndBaron, Francesco replanted the vineyards and set up a state of the art winery. His most prized asset though, remains his land, which, he believes, gives the perfect expression to the grapes. Banking on a wine-making know-how that dates back centuries Francesco accepts that machines only help to preserve what the land provides. Last year Castello di Brolio celebrated 20 years of its resurrection, a sign of greater things to come with an able Baron at its helm. 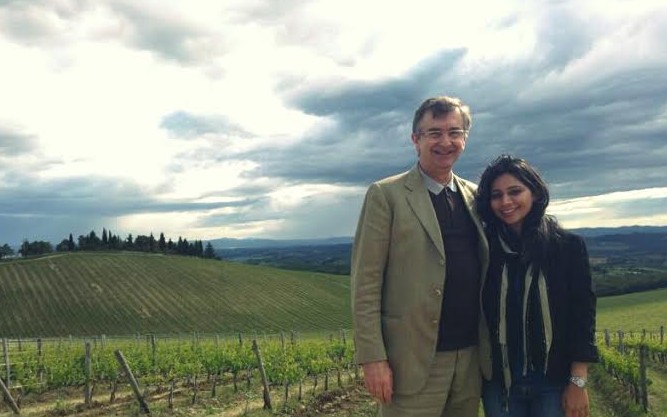 The Rise of the Super Tuscans

In the 1970s a few winemakers found the strict laws governing the production of Chianti too restrictive. They felt that trying to stick to the blends allowed within the Chianti DOC and DOCG, affected the quality of their wines. So they ignored the rules and created their own wines. Many of these wines retained Sangiovese as their base wine, others used large quantities of Merlot and Syrah. Because the Chianti appellation lies along the same latitude as Bordeaux, they experimented with Cabernet Sauvignon and Petit Verdot too. Some aged the wines in French barriques instead of the traditional Slovenian oak casks. Since these wines failed to qualify under the DOC/DOCG labels, they were forced to use the classification of Vino da Tavola (VDT) – the equivalent of table wines – usually reserved for the cheapest wines.

Due to their superior quality, however, the wines became very popular, often claiming prices far greater than Chianti wines. The term ‘Super Tuscans’ was coined to distinguish these wines from the low-quality table wines. Today, most Super Tuscans use the legal appellation of IGT (Indicazione Geografica Tipica), which allow producers more flexibility than Chianti and other Tuscan DOCs and more prestige than vino da tavola. Tignanello by Antinori was the first Super Tuscan wine to be made. Sassicaia by Tenuta San Guido, Ornellaia, Brancaia, Querciabella are other renowned Super Tuscans, with price tags which range from Euros 50 to 300 and upwards!

← Barrel-Aged Cocktails: hit or miss?
Helix: A new twist to the old cork →