Helix: A new twist to the old cork

Cork has always had a hallowed place in the wine world. There is a ritual to opening a wine bottle sealed with a cork – cutting the embossed foil, turning the corkscrew, pulling it out with a flourish and that satisfying ‘POP’! Then the wine-stained cork is often nosed to check for faults and finally, the wine is poured. This is a process that to some is relaxingly familiar, and to others it marks the celebration of a special occasion. Whatever the significance, we must face the fact that there’s a certain grandeur associated with corks that a screwcap can never represent.

A cork stopper, being natural, has been seen as more in tune with the earthiness of wine. It absorbs the wine and expands within the neck of the bottle, forming a seal that is largely airtight, yet breathable. The slight exchange of oxygen prevents the build up of sulphides within the wine and supports many wines while they age. But then there are the problems of cork taint and oxidation, which often make cork-sealed bottle unreliable when it comes to consistency.

These are a few reasons why, outside the realm of fine wines (and outside the geographic demarcation called the old world), the screwcap wasn’t so easily dismissed. Over the years, screwcaps have dominated the fast-moving, everyday-wine segment. While it must be said that the quality of cork has improved over time, the ease and efficiency of a screwcap was never matched. Other forms of closure – rubber/plastic corks, glass tops – have never quite caught on and the screwcap remains unparalleled in its appeal for the mass-consumed wine. But there is more to this battle than just the old school vs. the new age. Cork is a major industry being one of the most traded commodities for Portugal. The fall of cork meant more serious repercussions than just the loss of a ‘pop’ sound. Thus, research has always been rife among the cork producers, looking for new and ingenious ways to bridge the divide – a way to preserve the sanctity of the cork while being able to incorporate the ease and practicality of the screwcap. Many inventions have come along but nothing stuck. Until now, perhaps. 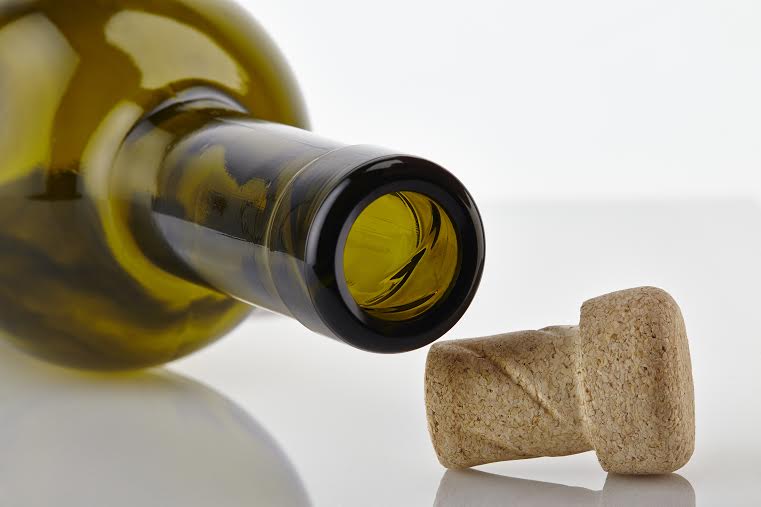 Recently, the joint effort between the world’s leading cork producer Amorim and the world’s largest glass container manufacturer Owens-Illinois (O-I) was unveiled at the biannual wine fair, Vinexpo, in France. Christened the ‘Helix’, this is a two-fold solution involving the wine bottle and the work. The mushroom-shaped stopper, made from cork agglomerate, is moulded with spiral grooves, which fit snugly around the mirrored thread at the neck of the bottle. This allows for a twist-to-open bottle cork, banishing the formal constraints of cork screws. More so, the snug fit creates an air tight closure – one that is impermeable and also makes that delicious ‘pop’ sound when twisted open.

The makers have said that Helix targets the popular premium, fast-turnaround still wine segment between a $8 – $13 range but it will be a while before it appears on shelves. Helix is being lauded as a breakthrough in the field, mostly by the makers for now but time will tell how it catches on. For the moment there are many things that Helix has going for it. For one, it is 100% renewable, and made by removing the bark without felling any trees thus reducing the stress on a natural resource. Second, it has been put through extensive testing which involved examinations of still white wine bottled and stored horizontally at 35º C (95º F) for 30 days. Other tests done with bottles for over 26 months showed no decline in taste or loss in flavour or aromas of the wine. Most of all, it is easy to use, allows resealing a bottle and yet doesn’t reek of cheap.

For now, Helix promises a compromise between cork and screw cap. What problems it will bring with it, we’ll just have to wait and see.

← The Chronicles of Chianti
New in the market: KRSMA Wines →