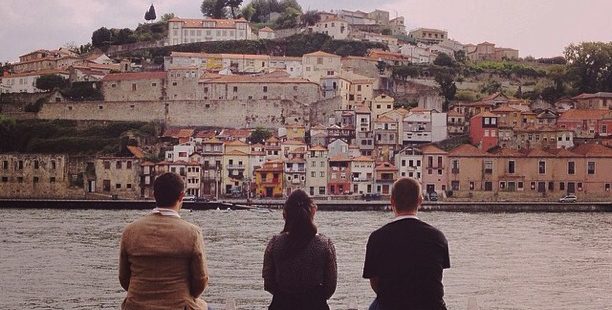 A toast to Port Wine Day

Long before Bordeaux was a demarcated entity, or before the first vine had even been planned in Australia or California, the region of Douro in Portugal was already a clearly defined appellation! The year was 1756 and Marquis de Pombal, the then-current governor of the region, had put in place a set of laws defining the region and its wines as a quality check to ensure a sustained trade. What he may not have realised is that his plan would grow into the most imPortant and defining entity for the wine industry in years to come.

The region of Douro where the famous fortified Port wines come from is among the most imposing sights as vineyards go; steep slopes rising majestically towards the sky, neatly terraced and planted with rows of vines and the glistening river Douro flowing through the valley below. Nobody to this day knows how many grapes are really grown in the region; at last count the experts had reached 250+ and were still going strong!

I was recently in the region to attend the Port Wine Day organised by the Port and Douro Wines Institute (IVPD) on the 10th of September – the same day that the Douro appellation was created in 1756. It was the first celebration of its kind, inviting journalists and guest speakers from around the world. And so, a lucky few celebrated the Port Wine Day in style, with the promise that the event will be a yearly occurrence.

In the days that followed as I toured the region of Douro, I realised how limited and flawed my understanding of Port Wine had been. This was my first intimate interaction with Port wines, learning its processes and understanding its intricacies. But most of all appreciating each style for the wealth of flavour it offered – from the freshness of White Port, to the intense berry fruit flavours of a Ruby, the rich nuttiness of a Tawny and the unparalleled structure and complexity of a Vintage Port.

Making Port is an art unto itself. It is arguably one of the most iconic fortified wines in the world. A Port wine starts out like any other still wine. Port uses traditional grape varieties, most of which are native to the Douro Valley. The most common red varieties include the Touriga Franca, Touriga Nacional, Tinta Roriz, Tinta Barroca, Tinta Amarela and Tinto Cão but in total there are around thirty types of Port grape! In most cases, the grapes are still crushed by feet in giant granite vats called ‘lagares‘. The idea is to crush the berries and extract juice without disturbing the seeds which can yield bitter tannins and oils. Before fermentation can end, grape brandy is added to the wine. This halts fermentation mid-way which means that the wine retains some of the natural sweetness of the grape, making it rich, round and smooth on the palate.

But Ports true strength lies in its varieties, each with its own characteristic flavours. The different styles of Port are derived essentially from the ways and time that they are aged. Contrary to what you may have read there are the two basic classifications: Ruby and Tawny.

Ruby can be vintage or non-vintage, and the idea is to showcase the freshness and fruitiness of the wine. They are a brighter red (ruby) colour and are aged for a relatively short time in large oak vats. Tawny on the other hand are blended and oak-aged wines, often for a long period (10 years, 20 years, 30 years, & 40 years) and the wines show extreme maturity and layering of flavours with much depth and complexity. They are also quite a few shades lighter in colour than a ruby and are golden brown.

Since most Port is a blend of wines from various vintages, it is common to not find mention of a single year on the label except in the case of a Vintage Port or Colheita. Vintage Port represents the very best produce of a single year of harvest and they are the most structured of all Ports. The wine remains in vat for only two years and then ages in the bottle. Although Vintage Ports can be enjoyed when young, they will usually be stored for many decades in the cellar and are among the most long-lasting of all wines. Typically, a Quinta (winery) declares no more than 3 vintages in a decade.
The other styles of Port include: Late Bottled Vintage Port – a single vintage aged for 4-6 years in barrel and then bottled. Usually meant to drink young, although some are as long-lived as Vintage. Colheita Port – a good quality tawny from a single vintage aged for many years in barrels. Meant to be drunk soon after bottling. Finally, there’s the White Port made in the same way as the red but with white grapes. White Ports differ from each other in sweetness and ageing period and are most often drunk as aperitifs.

If this has inspired you to explore the world of Port a little more, here’s a quick word of caution: when serving a Port wine do not serve it too warm. The high alcohol (20% abv) and residual sugar make this wine heady and heavy on the palate and the ideal way to serve it is to cool it a bit so as to tone down the attack.

(This is an edited version of the article that appeared in Spiritz magazine. Read the full story via the images below.) 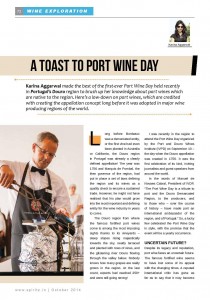 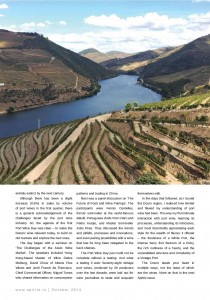