June 29, 2012. In India and in most other parts of the world today is just another Friday that began when you rolled over in your bed, cursed the alarm and hoped you could skip ahead to the weekend. Let me tell you what you should have been hoping for instead. To be in Haro. ‘What that’, you ask?

Haro is the capital of La Rioja, one of Spain’s largest wine-producing regions. Here, June 29 is the celebration of the patron saint San Pedro. As all holy days must, it begins with a solemn mass on the mount of Bilibio, with thousands of believers dressed in pristine white. Then the mass ends and the madness begins. Or as Haro calls it, La Batalla del Vino (The Battle of Wines). 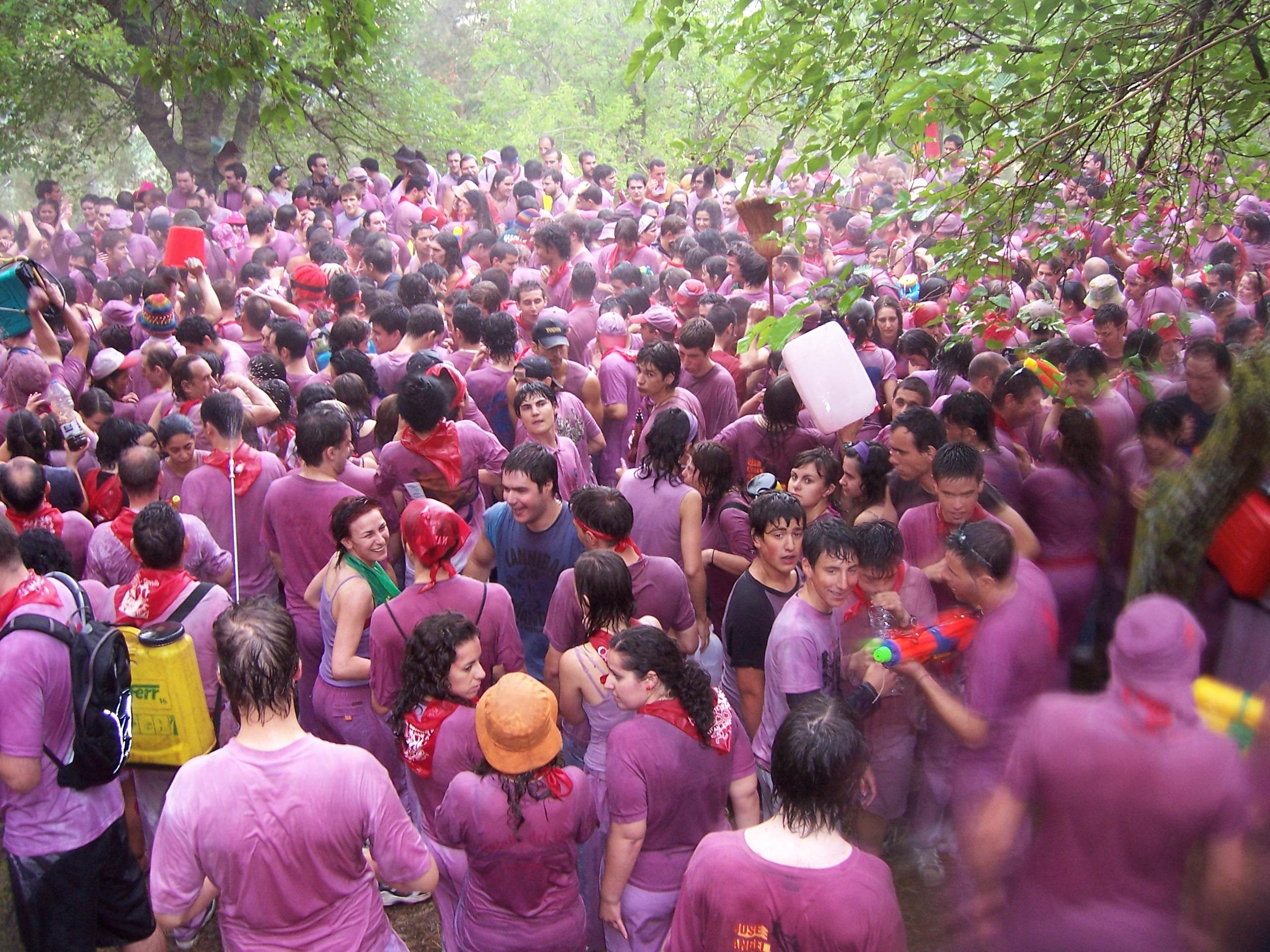 Armed with jugs, buckets, wineskins, crop sprayers, boots or almost anything that will hold wine, the objective is to squirt red wine at everyone around. So people douse, defend, dance and when they’re tired, drink. In Haro, the more red there is running down the street, the better. Over 50,000 gallons of Rioja wines transform the sea of white to translucent and then purple as it dries. And you thought wet T-shirt competitions were fun. Juvenile!

So today if you’re wondering what you’re missing, this is it. And if that isn’t bad enough, think of all that Spanish wine that’s going to waste as you sit toiling away at your desk. Makes you want to cry, doesn’t it?