I’m a great fan of all things that take the implied ‘snootiness’ out of wine drinking.  So when I heard that a manga series is now the most influential wine text in the world, I just had to read it. And quite honestly, I can’t think of anything that conveys the knowledge of wine varietals quite like this does.

For all those wine connoisseurs who are already scoffing at the idea, I quote the famous Ripley, “UNBELIEVABLE? Believe, it!” 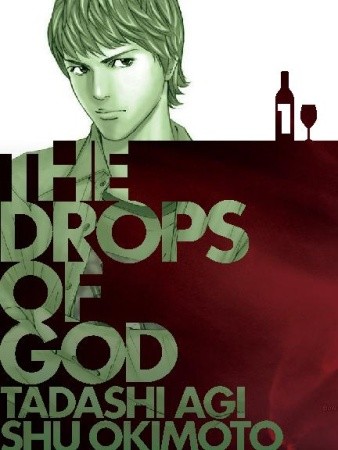 Created by Shin and Yuko Kibayashi, this brother-and-sister team use the pseudonym Tadashi Agi to educate the masses on wine while still keeping things light, interesting and fun. And for people who have a less-refined palate, fun is definitely not a word associated with learning about wine.

The storyline of the series actually kicks into gear at the end of Book 1 when the protagonist Kanzaki Shizuku hears of his father’s (a renowned wine-critic) death. Selling beer for a Japanese importer, Shizuku has lived his life as a staunch non-wine drinker, rebelling against his father’s all consuming passion for it. But if he wants to claim the world’s largest wine collection from his father’s cellar, he needs to beat his rival (a wine critic) in a competition laid down in his old man’s will. A competition that will need him to know EVERYTHING about wine. Will the training his father gave him as a child (tasting grape juice, licking steel, smelling a leather belt) be enough? Will the true heir solve the 13-part puzzle before his evil, but better equipped counterpart does? And will Shizuku find happiness surrounded by a drink he once despised?

Drops of God manages to entwine mystery, information and even a fair share of humour and quirk. In the end, like most great stories, it all comes down to a battle between good and evil. But here the hero’s superpowers are a heightened sense of smell and an unparalleled skill at ‘decantering’. Over the years Kibayashi siblings’ manga has translated into much more than just a comic about wine, influencing both, wine drinkers and distributors. Though neither of the writers have any formal wine qualifications, as children they learnt about French food and wine from their grandfather. All the wines in the pages of their books are ones that they’ve tasted and loved. According to an article, they live in Toyko, in an apartment that holds their 3,000 plus collection of wine bottles and even have an earthquake warning system to protect it!

Drops of God has been around for a couple of years but strangely our part of the world is only just hearing about it.  The series will soon be available in English for purchase in the US but until you get your hands on it, you can read it here. 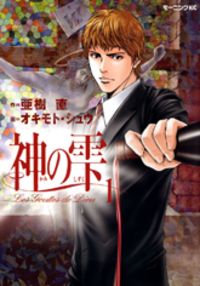