In my last post I told you about the #BombayCocktailClub. This week it was the turn of another club of sorts, where aficionados gather to celebrate Single Malt and Cigars. With Chef Clinton Cooper, Executive Chef of the Four Seasons Hotel at the helm, these get-togethers are for those who enjoy cigar-smoking coupled with the tasting of great malts. 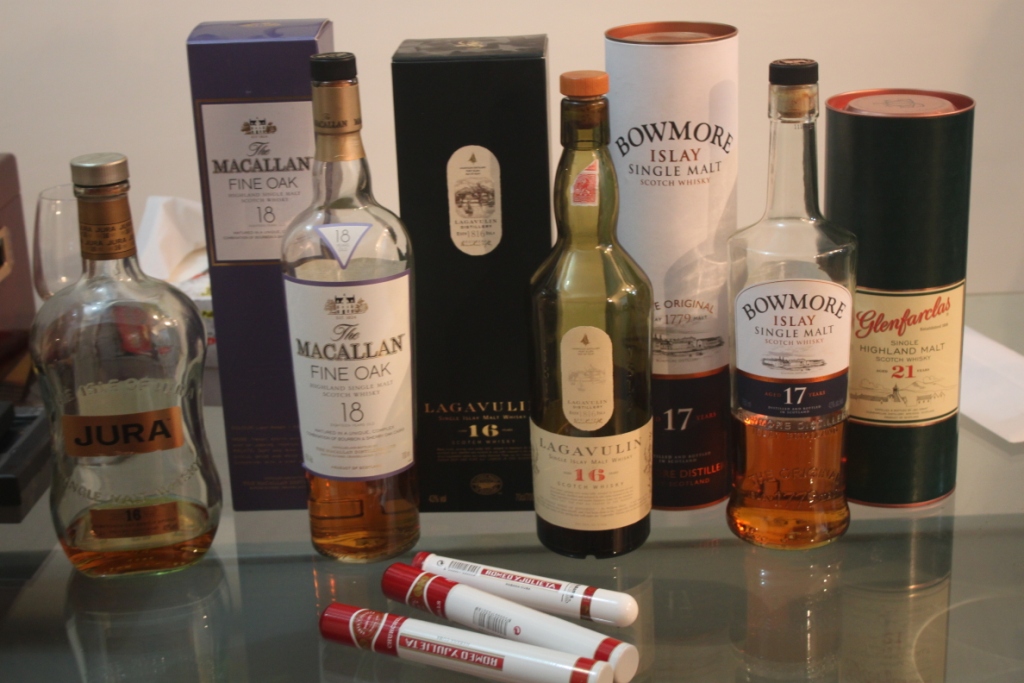 The Single Malts for the night

After his initial few months in Mumbai some 18 months ago, Clinton was invited to a meeting of one of the more official Single Malt and Cigar clubs in the city. There he found a group of elite businessmen exchanging visiting cards and talking work while a handful drew on their cigars. If he wanted to enjoy his cigars and malts, he would have to organise his own get-togethers, he decided. And there would be guidelines. I haven’t actually seen a rule book, but here’s what I’ve gathered so far.

Rule 1 – No exchange of visiting cards.

Rule 3 – If you expect a group of stuffy suit-clad middle-aged men, you might as well stay home. Here, don’t feel shy to show up in shorts and if you have a problem with tacos, cheese and pizza… too bad!

Clinton makes one concession though. If you aren’t a regular smoker but are willing to learn, experience and develop an appreciation for cigars, he is more than happy to educate you with interesting tid-bids on the Dos and Don’ts.

This is where I fit in. I might never be a cigar connoisseur, and even less than an occasional smoker, but just like with alcohol, I’ve found that there’s an extremely interesting background to cigars – how they are made, where they come from and how they are meant to be appreciated. The process is almost ritualistic, and for the devout these nights are like Sunday service.

Here’s how the Single Malt and Cigar nights works – every month a date is blocked and an invite is sent out for everyone to meet at Clinton’s or any other member’s home. Each person who makes an appearance must bring along a bottle of single malt and/or some cigars. Typically a night sees quite a range of malts and cigars. Clinton is by far the leader of the pack when it comes to a cigar collection and takes great pride in his well stocked humidor.  His ‘babies’ – the Montecristo As which cost $86 dollars each come out only on deserving occasions. 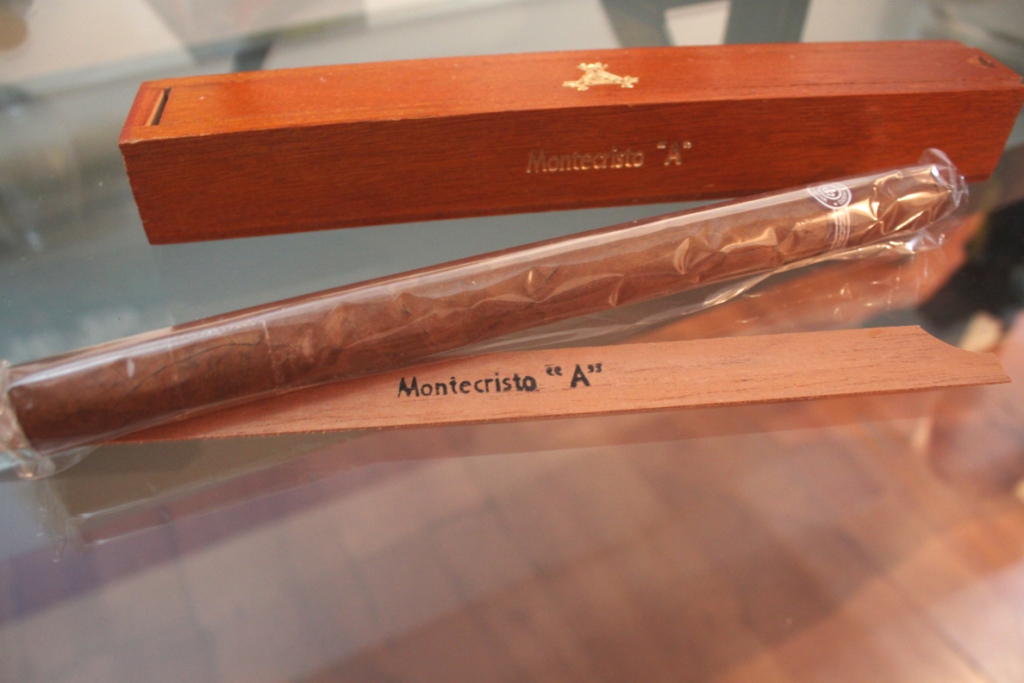 But maybe I should back up a little for the sake of the uninitiated. So, what is a humidor? It is a box which is used to store cigars.  This little wood and glass contraption maintains a constant humidity and keeps the cigars from spoiling. 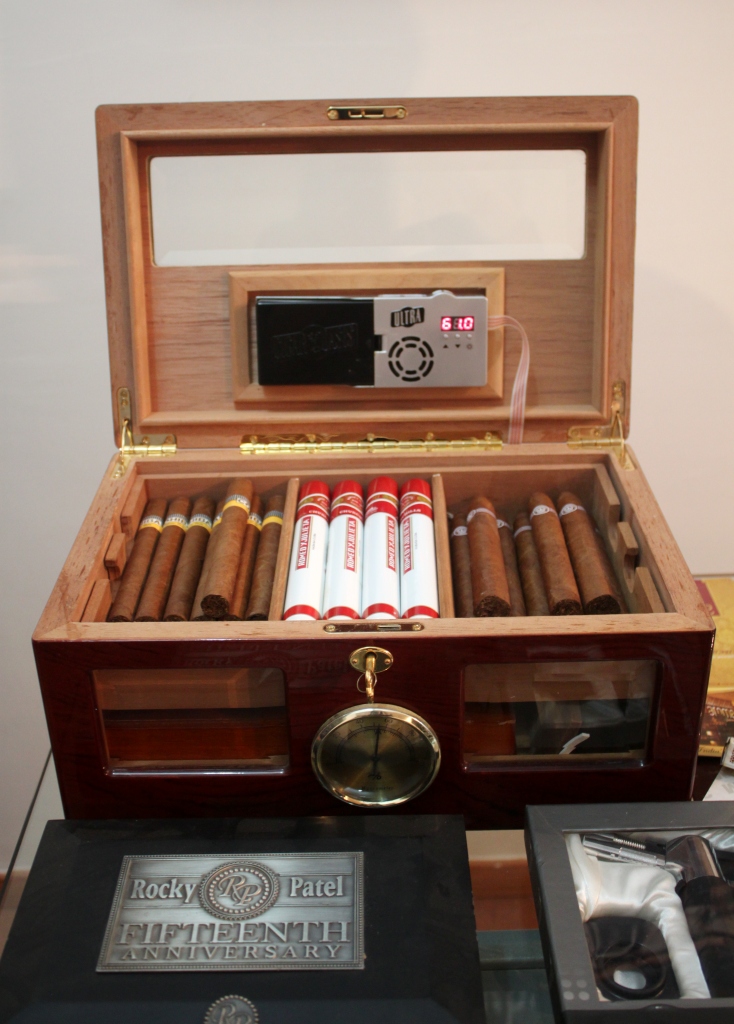 Now for some of the most interesting things I’ve learnt about puffing away at a cigar:

– Every cigar is made of three parts (leaves) – the filler, the binder and the wrapper. Fillers constitute the tobacco at the centre of the cigar while binders are the intermediate leaves that hold the filler tobacco together. Wrappers are very important to taste and are usually very high quality leaves.

– Begin by cutting off the tip of the cigar either with a special cutter or make a hole with a cigar punch. 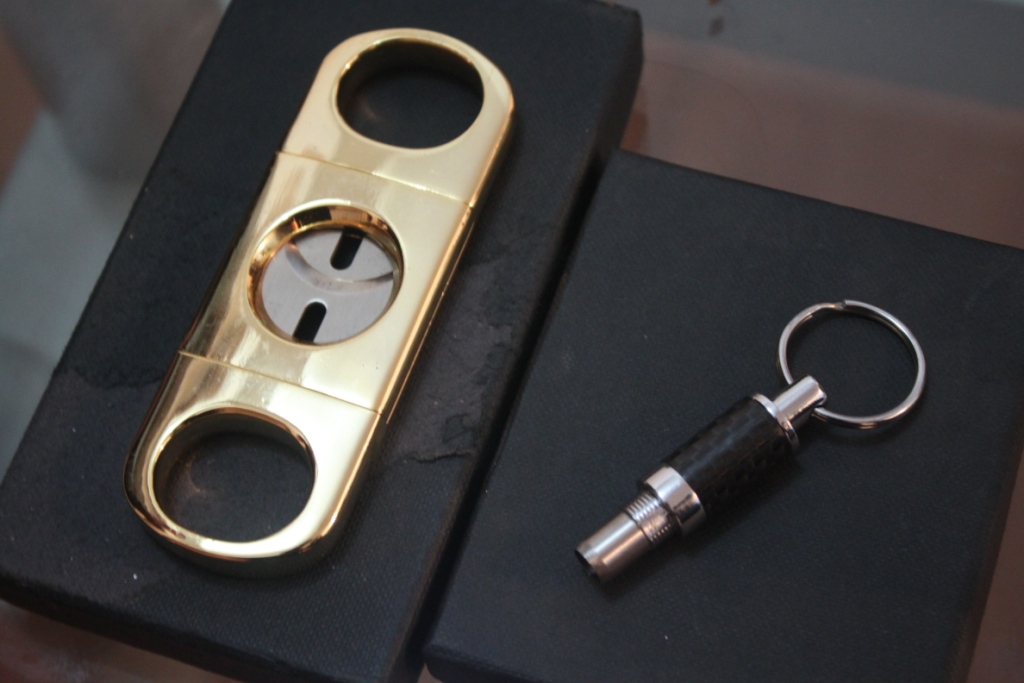 – It is important that your cigar is lit evenly. Here’s the best way to do it – first hold it horizontally and ‘toast’ the edges of the wrapper in a circular motion. Then put it to your mouth, light the tobacco at the centre and draw on the cigar as you rotate it. 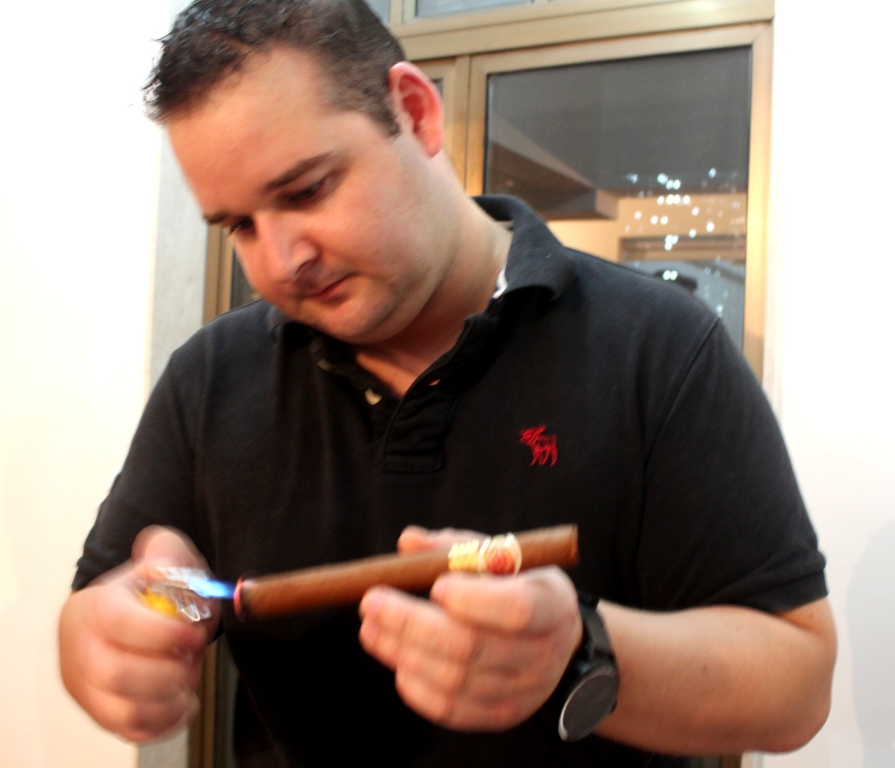 -For all the cigarette smokers out there. DO NOT inhale cigar smoke. Take a drag, roll the smoke in your mouth, enjoy its flavour and exhale.

– The length of the ash is a mark of the quality of the cigar. So do not ash a cigar, just let it burn naturally. The ash also controls the burning of the cigar.

– When you’re done with your cigar, leave it to burn out in an ashtray. It isn’t necessary to stub it like you would a cigarette. In fact, snuffing out a cigar releases a bad odour.