New in the market: KRSMA Wines 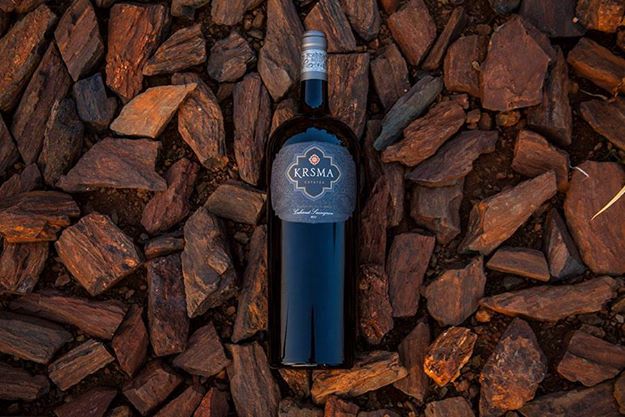 The Indian wine scene is agog with activity right now and each passing year sees the inauguration of a bevy of new wineries. The most recent one to impress me was KRSMA. Although not exactly a new winery, it has only recently decided to come into the market. I first tasted wine by KRSMA in 2012 (view here) and I was excited by what I sipped. But KRSMA wasn’t ready yet, or so thought the Hyderabad-based owners, Krishna and Uma Chigurupati. So KRSMA waited in the flanks patiently for two years as the people behind the wines worked away at honing the product. A few days ago the wait finally came to an end.

At a spectacular launch in Bangalore at the JW Marriott, the beaming Chigurupatis sat across from a select group of journalists and tradesfolk as they shared the story of the realisation of their dream.

The dream to make wine was one nurtured not just a few years ago but Krishna Prasad Chigurupati had harboured this idea back in college, to the point that when he got married, his wife, Uma, was brought into a home where one room had been converted into a crude laboratory – testing and fermenting wines. Decades passed, business took over, as did the family and marathons (the couple owns the Guinness record for having completed a marathon in every continent!) but the notion of retiring to a vineyard remained, and France may have been a plausible destination. But, when the option of acquiring a patch of land in the Hampi Hills region came their way, they suddenly found themselves willing to dive in and grow the dream.

And so KRSMA, part Krishna and part Uma, was born.

KRSMA owns 30 acres of vineyards in Hampi Hills which is about 6 hours from Hyderabad by road. Growing grapes in Hampi Hills (it is not a recognised appellation yet) is like planting an orchard in a desert. Water is scant and the land is hard and rocky. The climate provides ample sunshine with a few cool breezes but heat is nevertheless a critical factor to combat. And yet the most outstanding thing about their wine is that the grapes are clearly picked at the right time. There is no trace of greenness (an indicator of harvesting too early which many Indian wineries still struggle with) in either their white wines or red. What particularly impressed me about KRSMA is the dedication of the owners to their wines. This isn’t one of those instances where money was pumped into a project, a winemaker hired and out pored the wine. Instead the Chigurupatis spent years travelling, tasting, and learning all the intricacies of winemaking themselves. In KRSMA wines one can taste the sincerity of their effort as also the immensity of their passion.

At a tasting guided by Magandeep Singh, KRSMA showcased its entire range – Sauvignon Blanc 2012, Sauvignon Blanc 2013, Chardonnay 2013, Sangiovese 2012, Cabernet Sauvignon 2011 and Cabernet Sauvignon 2012. As far as plans go, Chigurupati says that these four grape varietals are all they plan to grow. They want to spend the next few years studying and experimenting with these. The tasting was testament to the sincerity of the Chigurupati’s effort as also the immensity of their passion.

The Sauvignon Blanc 2013 (appx Rs 900) is crisp and refreshing with citrusy notes aplenty followed by notes of ripe tropical fruits. The most impressive of their wines is the Cabernet 2012 (Rs 1,500) which is a rich fruity and flavourful wine, oak-aged for 12 months. Although my initial tasting of the Sangiovese 2012 was mediocre, later that night, it showed as the best wine to sip in accompaniment to a meal. Medium-bodied with notes of dark chocolate, a little decanting brings forth the fruit, to create a balanced wine. The quirkiest of the lot is the Chardonnay which was only planted as an experiment and has delivered an award-winning wine!

With these wines on offer (they are in fact the first to bottle some red wine in Magnum sizes) they have now hit the Bangalore market; other states will soon follow suite. Given the high quality of the wines, recognition is an instant given. What will matter is how many bottles can they turn out for, as of now, it remains a boutique winery and as the name spreads and the distribution grows, they may need to scale things up.

← Helix: A new twist to the old cork
On the Indian microbrewery trail →