The story of the India Pale Ale (IPA) begins during Colonial India when there was a demand for beer by the Brits living here. But the long sea voyage in the days of yore was unforgiving, particularly to the pale ales, and by the time it reached Indian shores the beers would be spoilt. However, certain brews, those that had extra hops (and possibly higher alcohol) seemed to survive the treacherous 6-month journey and even improve in that time. Hops, a natural source of aroma, flavour and bitterness in beer, is also a natural preservative. Back in England, brewers started making pale ale, which could withstand warm climates, especially for the Indian market.

This new style – high hops and often, high alcohol – developed into the India Pale Ale. Soon the local British drinkers were also hankering for these brews and thus began the legacy of the IPA. 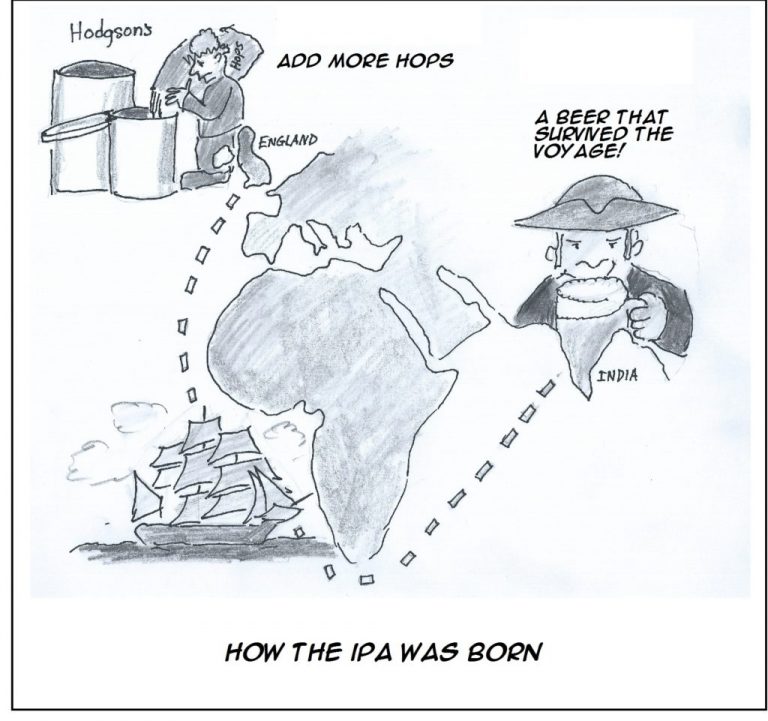 Of course the IPA has undergone massive transformation and tinkering in the decades since and today spans a wide range of flavour profiles. The early 90s saw a boom in IPA ‘craft’ beer production in America with the trend still going strong, one that has spread across Europe and beyond. Everyone has their preferred style and (often conflicting) opinion on the hallowed IPA (read the Beer Judge Certification Programme (BJCP) Style Guide to IPAs here). One thing all will agree on however is that when it comes to IPAs, hops (whether for aroma or flavour or both) are the heroes.

For a more detailed history delve into the following sources:
The Economist – A history of the authentically global beer
Zythophile – IPA: The Executive Summary

← VIDEO: HAPPY BY THIRSTY
A Glenmorangie for every mood →